Read Genesis 46:1-34. What is the significance of Jacob’s departure from Canaan?

When Jacob leaves his place in Canaan, he is full of hope. The assurance that he will no longer be hungry and the good news that Joseph is alive must have given him the momentum that he needed to leave the Promised Land. 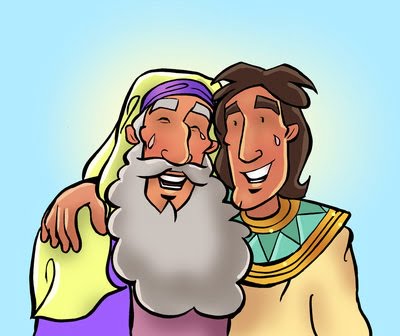 Jacob’s departure echoes the experience of Abraham, though in Abraham’s case he was heading to the Promised Land. Jacob hears the same promise Abraham heard from God, namely that He will make him “a great nation” (Genesis 46:3; compare with Genesis 12:2). God’s call here is also reminiscent of God’s covenant with Abraham; in both occasions God uses the same reassuring words “do not fear” (Genesis 46:3, NKJV; compare with Genesis 15:1), which carry the promise of a glorious future.

The comprehensive listing of the names of the children of Israel who went to Egypt, including his daughters (Genesis 46:7), recalls God’s promise of fruitfulness to Abraham even when he was still childless. The number “seventy” (including Jacob, Joseph, and his two sons) expresses the idea of totality. It is “all Israel” that goes to Egypt. It is also significant that the number 70 corresponds to the number of nations (Genesis chapter 10), suggesting that the destiny of all the nations is also at stake in Jacob’s journey.

This truth will become more evident only many years later, after the cross and the fuller revelation of the plan of salvation, which, of course, was for all humanity, everywhere, and not just for the children of Abraham.

In other words, however interesting the stories are regarding this family, the seed of Abraham, and whatever spiritual lessons we can take from them — these accounts are in the Word of God because they are part of salvation history; they are part of God’s plan to bring redemption to as many as possible on this fallen planet.