It’s very interesting how, despite all that Jacob had been told about Joseph’s being alive in Egypt, the Lord still gave him “visions of the night” (Genesis 46:2) and in them commanded him to leave. Jacob leaves the Land of Promise for, of all places, Egypt — which later becomes associated with the one place that God’s people do not want to go (Deuteronomy 17:16).

Read Genesis 47:1-31. What spiritual truths and principles can we find in this account? 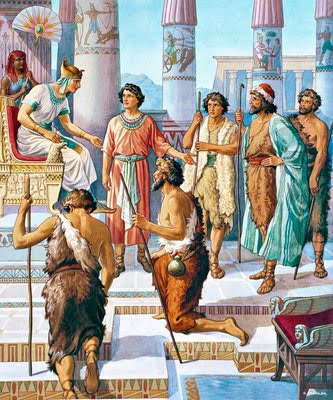 “Joseph took five of his brothers to present to Pharaoh and receive from him the grant of land for their future home. Gratitude to his prime minister would have led the monarch to honor them with appointments to offices of state; but Joseph, true to the worship of Jehovah, sought to save his brothers from the temptations to which they would be exposed at a heathen court; therefore he counseled them, when questioned by the king, to tell him frankly their occupation. The sons of Jacob followed this counsel, being careful also to state that they had come to sojourn in the land, not to become permanent dwellers there, thus reserving the right to depart if they chose. The king assigned them a home, as offered, in ‘the best of the land,’ the country of Goshen.” — Ellen G. White, Patriarchs and Prophets, p. 233.

Wisely, too, Pharaoh does not encourage these sojourners to become beggars, living off the largess of their host. He enquires about their “occupation” (Genesis 47:3, NKJV) in order that they may adjust better in their new environment. He is also eager to use their expertise, and even suggests that they serve him as “chief herdsmen over [his] livestock” (Genesis 47:6, NKJV).

Then, although Jacob, the foreigner, is the inferior, the stranger, he stands before the leader of the land, and, as the text says, “Jacob blessed Pharaoh” (Genesis 47:7). He, the lowly stranger, is the one who blesses Pharaoh, the ruler of mighty Egypt? Why should that be?

The verb ‘amad lifney, “set … before” (Genesis 47:7), is normally used in priestly contexts (Leviticus 14:11). Considering that in ancient Egypt the pharaoh had the status of the highest priest, this means that, in a spiritual sense, Jacob stands higher than the highest priest of Egypt, higher even than Pharaoh himself.