↓
Home » Sabbath: The Roots of Abraham 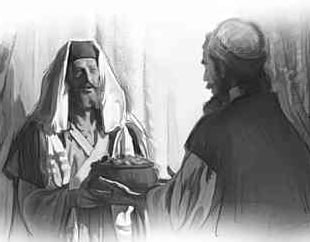 Memory Text: “By faith Abraham obeyed when he was called to go out to the place which he would receive as an inheritance. And he went out, not knowing where he was going” (Hebrews 11:8, NKJV).

In his journeying, Abraham is suspended in the void, without his past, which he has lost, and without his future, which he does not see. Between these two calls, which frame Abraham’s journey of faith, Abraham hears God’s voice, which reassures him: “Do not be afraid” (Genesis 15:1, NKJV). These three words of God mark the three sections of Abraham’s journey, which will be studied in weeks 6, 7, and 8.

Abraham exemplifies faith (Genesis 15:6) and is remembered in the Hebrew Scriptures as the man of faith (Nehemiah 9:7-8). In the New Testament, Abraham is one of the most mentioned figures from the Old Testament, and this week we will start to see why.

Study this week’s lesson to prepare for Sabbath, May 7.