If you looked carefully at yesterday’s study, you would have seen a progression of how God manifested Himself and His truth in the midst of the great controversy. 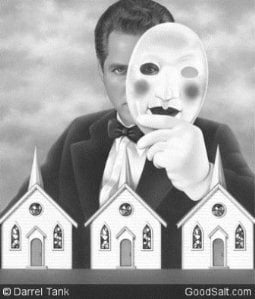 Satan, however, has worked tirelessly to try to undermine the Lord’s plans. So much of the great controversy has been, and is now, fought out over these very issues.

For instance, the sacrificial system practiced by the patriarchs, and in Israel’s sanctuary service, was designed by God to remind humankind of the Creator and to keep the hope of redemption alive.

How did Satan seek to usurp and destroy the truth about the plan of salvation, especially as revealed in the sacrificial system? See Rom. 1:20-28; Deut. 32:17-18.

Of course, the incarnation of Christ, His ministry on earth, and His atoning sacrificial death on the cross were the central parts of how God chose to defeat Satan in the great controversy. The death of Christ would guarantee the undoing of Satan, who worked tirelessly against Christ.

Meanwhile, the book of Hebrews tells of a real sanctuary in heaven where Christ entered after His ascension (Heb. 4:14-16, 9:24), performing a priestly function on behalf of sinful humanity (Heb. 7:27). In Daniel 8:11-14,
we can see Satan’s activity in connection with Christ’s priestly ministry in the heavenly sanctuary and his attempt to usurp that ministry.

It’s one thing to read 1 Peter 5:8-9 and have an intellectual understanding of that warning; it’s another to actually live out that warning in our daily lives. How do we, in fact, resist the devil? How often during a single day are you aware of Satan’s efforts against you?