There is no question about it: The Lord specifically had chosen the Hebrew people to be His special representatives upon the earth. The word translated “special” in the above verse, segullah, can mean “valued property” or “peculiar treasure.” The crucial point to remember, too, is that this choice was totally the act of God, an expression of His grace. There was nothing found in the people themselves that made them deserve this grace. There couldn’t be, because grace is something that comes undeserved.

Read Ezekiel 16:8. How does that help explain the Lord’s choosing of Israel? 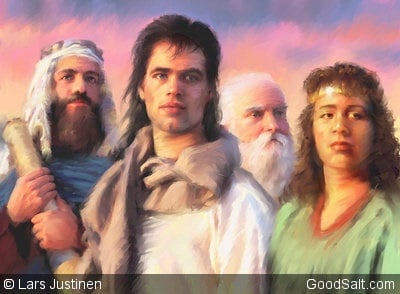 “Why was Israel chosen by Yahweh? That was inscrutable. She was a small group of people without great culture or prestige. She possessed no special personal qualities which would warrant such a choice. The election was the act of God alone … . The ultimate cause for that choice lay in the mystery of divine love. Yet the fact is that God did love Israel and did choose her, thereby honouring His promise to the fathers … . She had been chosen in virtue of Yahweh’s love for her. She had been liberated from slavery in Egypt by a display of Yahweh’s power. Let her once grasp these great facts and she would realize that she was indeed a holy and a specially treasured people. Any tendency on her part, therefore, to surrender such a noble status was reprehensible in the extreme.” — J. A. Thompson, Deuteronomy (London: Inter-Varsity Press, 1974), pages 130, 131.

According to the divine plan, the Israelites were to be both a royal and a priestly race. In an evil world they were to be kings, moral and spiritual, in that they were to prevail over the realm of sin. As priests, they were to draw near to the Lord in prayer, in praise, and in sacrifice. As intermediaries between God and the heathen, they were to serve as instructors, preachers, and prophets, and were to be examples of holy living — Heaven’s exponents of true religion.