↓
Home » Sunday: The Brother as a Redeemer

Read Leviticus 25:25-27, Leviticus 25:47-49. Who could redeem a person who had lost his property or his liberty because of poverty? 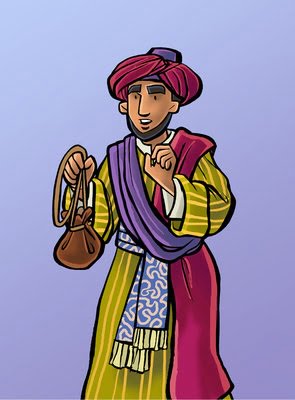 The law of Moses stipulated that when a person was so poor that he had to sell his property — or even himself — in order to survive, he would receive that property or his liberty back every fifty years, on the jubilee year. The jubilee year was a “grand” Sabbath year in which debts were forgiven, properties reclaimed, and liberty proclaimed to the captives.

Fifty years was a long time to wait, however. That’s why the Law of Moses also stipulated that the nearest relative could pay the part that was still owed and, thus, ransom his relative much sooner.

The nearest relative was also the one who guaranteed that justice was done in the case of a murder. He was the avenger of the blood who would pursue the murderer of his close relative and punish him (Numbers 35:9-15).

Read Hebrews 2:14-16. How are Jesus and we described in this passage?

This passage describes us as slaves of the devil, but Jesus as our Redeemer. When Adam sinned, human beings fell under the power of Satan. As a result, we did not have the power to resist sin (Romans 7:14-24). Worse, there was a death penalty that our transgression required, which we could not pay (Romans 6:23). Thus, our situation was apparently hopeless.

Jesus, however, adopted our human nature and became flesh and blood like us. He became our nearest relative and redeemed us. He was not ashamed to call us “brothers” (Hebrews 2:11, ESV).