Read this text: “Ho, everyone who thirsts, come to the waters; and you that have no money, come, buy and eat!” (Isa: 55:1, NRSV). What contradiction do you see there? 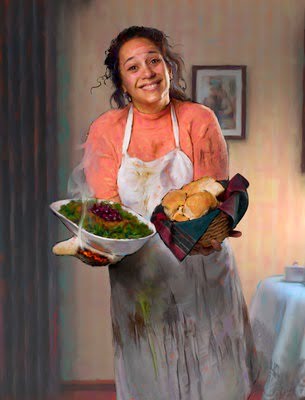 Suppose you took food and stood on the street in a big city and announced to the hungry and homeless there: “Yo, you who have no money, come, buy and eat!” But how can they buy if they have no money?

However, if you add the words, as Isaiah did: “without money and without price” (Isa: 55:1, NRSV), the point becomes clearer. Isaiah appeals to people to accept forgiveness (Isa: 55:7) freely. Yet, the word buy emphasizes that what God offers people to meet their needs and desires is valuable; so, receiving it requires a transaction (transfer of something of worth). God freely offers forgiveness within the framework of a restored covenant relation with His people, but not because it was free for Him: He bought it at the terrible, blood-drenched price of His own Servant. Though free, it came with an astonishing cost to Himself.

How does Isaiah’s approach to salvation compare with that of the New Testament?  Ephesians 2.8-9.

Isaiah encapsulates the gospel in the Old Testament, and it is the same as the gospel in the New Testament. There was no “old-covenant” salvation by works, to be superseded by “new-covenant” salvation by grace. Ever since God’s promise of a Deliverer to Adam and Eve (Gen: 3:15), there has been only one way to salvation: by grace through faith (Eph: 2:8); “the free gift of God is eternal life in Christ Jesus our Lord” (Rom: 6:23, NRSV). From the ancient Gilgamesh, who did heroic exploits in a vain search for eternal life, to modern actors who believe in reincarnation, people have tried all different routes to salvation, but all are fruitless. This is why they need to know about Jesus and what He has accomplished for them at the Cross.