Read Nehemiah 13:23-25. What happened here, and how do we explain Nehemiah’s reaction to the situation?

Since the children didn’t speak Aramaic (the language used during the Exile) or Hebrew, they couldn’t understand the teachings from Scripture. This was a real problem, because the knowledge of God’s revelation could thus be distorted or even disappear. The scribes and priests expounded on the Torah mostly in Aramaic in order to make the preaching clear to the people. 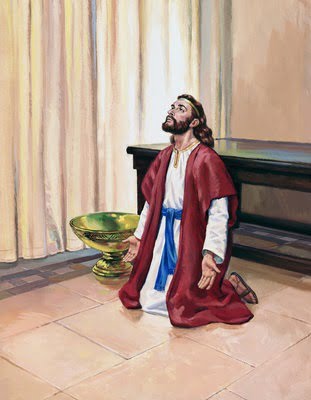 However, since the mothers were from Ammon, Ashdod, and Moab and were generally the primary caregivers for the children, it is not surprising that the children didn’t speak the language of the fathers as well. The language we speak informs the way we think about concepts, because we use the vocabulary of that culture. Loss of the biblical language would have meant losing their special identity. Thus, for Nehemiah, it was unthinkable that families were losing touch with the Word of God and consequently their connection with the living God, the Lord of the Hebrews.

Biblical scholars point out that the actions of Nehemiah were most likely a public shaming of the people as part of prescribed punishments at that time. When it says that Nehemiah rebuked them and cursed them, we shouldn’t think of Nehemiah using foul language and expletives, but rather that he was speaking over them the curses of the Covenant. Deuteronomy 28 outlines the curses that would happen to those who broke the covenant. It is very possible that Nehemiah chose the words of the Bible to bring them to the realization of their wrong action and the consequences of their poor choices.

Moreover, when the text says that Nehemiah “beat some of the men and pulled out their hair” (Neh. 13:25, NIV), instead of seeing Nehemiah in a rage and reacting with fury, we should note that a beating was a prescribed form of public punishment. This kind of behavior was applied only to “some” of them, meaning to the leaders who caused or promoted this wrong behavior. These acts were to serve as methods of public shaming. Nehemiah wanted to ensure that the people understood the gravity of their choices and the results that would ensue from them.