Read Nehemiah 13:26-27. What does this show about how important biblical history is for informing us about the dangers of deviating from the right path?

Solomon was led deeper into sin by the choices he made. It would be accurate to say that Solomon caused his own ruin by disobeying God’s command for the kings of Israel: “Neither shall he [the king] multiply wives for himself, lest his heart turn away” (Deuteronomy 17:17, NKJV). Solomon’s life is used as a negative example: not only did he marry more than one wife, but significantly, as Nehemiah points out, he chose women who were not worshipers of God. 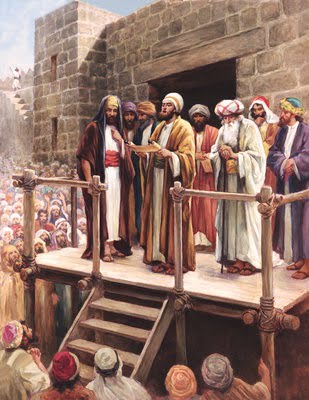 The command not to intermarry was not about nationalism but about idolatry. People in the Bible married non-Israelites. Moses married Zipporah, a Midianite woman; Boaz married Ruth, a Moabite. Instead, the issue with intermarriage in these commands concerns marrying someone who is of a different faith or of no faith. The problem was that the people in Ezra and Nehemiah’s time did not choose to marry believers in God. Richard M. Davidson, in Flame of Yahweh (Peabody, Mass.: Hendrickson Publishers, 2007), states: “The Edenic plan for marriage . . . called for a complementary wholeness of two partners in spiritual faith as well as other significant values” – Page 316. The pagan wives in this story did not choose to renounce idolatrous worship. Consequently, Nehemiah was perhaps more saddened than outraged by the choices of the people, since to him this demonstrated a lack of real commitment to God.

The Bible gives us formulas for practices that will keep us grounded in God and are designed to maximize our happiness. In the same way, the command to be equally yoked in marriage was supposed to help us lead a better life and to encourage mutual devotion to God.