The people approached Ezra with the issue of intermarriage themselves. The terminology they used by listing the nations involved in abominations demonstrated their knowledge of the Torah, as the list is taken directly from biblical accounts. 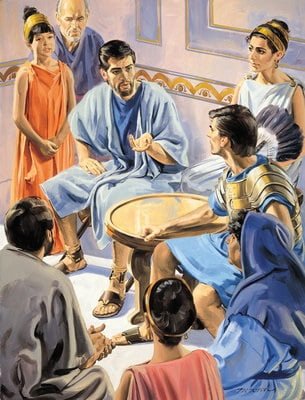 Interestingly, the civil leaders brought the news to Ezra, as even the spiritual leaders of the nation, priests and Levites, were guilty of this transgression.

“In his study of the causes leading to the Babylonish captivity, Ezra had learned that Israel’s apostasy was largely traceable to their mingling with heathen nations. He had seen that if they had obeyed God’s command to keep separate from the nations surrounding them, they would have been spared many sad and humiliating experiences. Now when he learned that notwithstanding the lessons of the past, men of prominence had dared transgress the laws given as a safeguard against apostasy, his heart was stirred within him. He thought of God’s goodness in again giving His people a foothold in their native land, and he was overwhelmed with righteous indignation and with grief at their ingratitude” – Ellen G. White, Prophets and Kings, p. 620.

The word “separate” is used for contrasting entities. In fact, it denotes complete opposites. By this statement the people acknowledged a prior understanding and knowledge of God’s command to stay away from false religions. They understood that no one could say that he/she will marry a spouse whose contrasting beliefs will have no impact on the marriage relationship or how they raise their children. They realized how serious the situation had become.