↓
Home→Daily→Sunday: No Other Name Under Heaven

Some Christians have the conviction that only those who hear and respond positively to the Christian gospel can be saved. The people, sometimes called exclusivists, regard all non-Christian religions as constructs of fallen humans, which express willful rebellion against God. Non-Christians are, they believe for that reason, outside the saving grace of Jesus Christ.

Some Christians take the further step of claiming that outside their specific denomination and doctrinal structure there is no salvation, even for other confessing Christians. For them, other denominations with their divergent beliefs have placed themselves outside the care of God and have no chance of entering the kingdom of heaven. For instance, in 1302 in his papal bull Unam Sanctam, Pope Boniface VIII declared that it is absolutely necessary for salvation that every human creature to be subject to the Roman Pontiff.Some Protestants have taught something similar in regard to their own denominations, as well.

Read Acts 4:12. What is it saying, and how are we to understand these words? 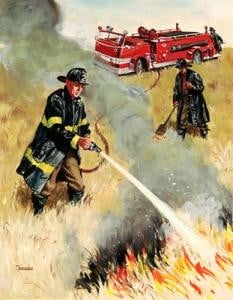 The words of the Scripture here are very clear: salvation is found only in Jesus Christ and in no other name under heaven. It’s important, however, not to read into these words more than they specifically say.

Imagine a man in a building that is on fire; before being able to escape, he is overcome by smoke and collapses unconscious. A firefighter finds him on the floor, grabs him, and brings him outside, where the medics take over. He is rushed to the hospital, and a few hours later he regains consciousness.

The point is that this person, who was saved, had no idea who had saved him. In the same way, anyone who is saved—either before Jesus came in the flesh or after—will be saved only through Jesus, whether or not that person had heard of His name or of the plan of salvation.

Among the heathen are those who worship God ignorantly, those to whom the light is never brought by human instrumentality, yet they will not perish. Though ignorant of the written law of God, they have heard His voice speaking to them in nature, and have done the things that the law required. Their works are evidence that the Holy Spirit has touched their hearts, and they are recognized as the children of God.—Ellen G. White, The Desire of Ages, p. 638.