As a people, Israel had been immersed in Egyptian paganism for many long, hard centuries, an experience that no doubt dimmed their knowledge of God, His will, and His goodness.

How could the Lord win them back to Himself?

For starters, He would demonstrate the genuineness of His love for Israel, and He did this through His mighty acts of deliverance. He would begin to woo the nation into a loving response to His covenant proposal. God first reminded the nation of His gracious acts in their behalf at Sinai.

What two illustrations describe the manner in which the Lord brought Israel from Egypt to Sinai?

What would these illustrations teach Israel (and us) about the nature of God’s attitude toward His people? 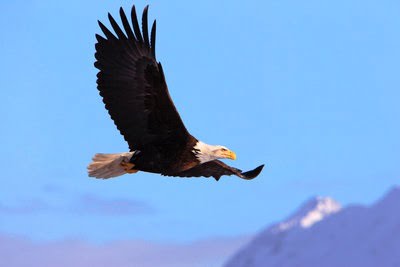 These illustrations indicate that our God is very much aware of our helplessness. Read Psalm 103:13-14. In both the figures of the eagle and the parent carrying his child we sense God’s concern for our well-being. Tender, supportive, protective, encouraging, His desire is to bring us to full maturity.

“The eagle was known for its unusual devotions to its young. It too lived on mountain tops. In teaching its young to fly it carried them upon its back to those great heights that overlook the plains of Sinai, then it dropped them down into the depths. If the baby was still too young and too bewildered to fly, father-eagle would swoop down beneath it, catch it on his back, and fly up again with it to the eyrie on the crags above. And that, says the divine voice, is ‘how I brought you out of Egypt to myself.’” — George A. F. Knight, Theology of Narration (Grand Rapids, MI: William B. Eerdmans Publishing Company, 1976), p. 128.