Throughout salvation history, God has regularly sent a special message through the prophetic Word to prepare people for what was coming. God is never caught off guard ( Isaiah 46.9-10). He prepares His people for the future by sending prophets to reveal His message before the judgment falls (Amos 3:7). In the days before the Flood, God sent a message to the world through Noah that the Flood was coming. 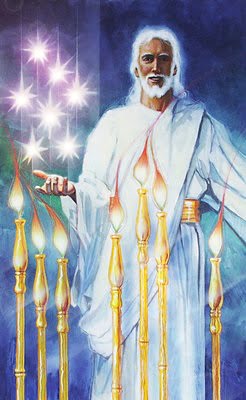 In Egypt, God raised up Joseph to prepare for the famine during the seven years of plenty. The Jewish prophets warned the Israelite leaders of the coming destruction of Jerusalem by the Babylonian armies. John the Baptist’s message of repentance prepared a nation for the first coming of Jesus.

Read 2 Peter 1:12. What expression does Peter use to describe God’s message to his generation?

Read 2 Peter 1:16-21. What was this “present truth” message that Peter and the disciples proclaimed?

The message of eternal significance for the first century was that Christ had come. The Father’s love was revealed through the sacrifice of Christ on the cross. Although the “wages of sin is death”, through Christ eternal life has been secured for all. It is our choice whether by faith we will receive it (Romans 3:23, Romans 6:23, Ephesians 2:8). This message of salvation in Jesus will never be out of date. It is present truth for every generation.

The Bible’s last book, Revelation, presents Jesus and His eternal salvation in an end-time context to prepare a people for His soon return. It exposes the falsehood of human tradition and self-centered religiosity. From the beginning to the end, Revelation reveals Jesus and His work in behalf of humanity.

Jesus is the true witness of His Father’s character. He is the “ruler over the kings of the earth”. He is the One “who loved us and washed us from our sins in His own blood, and has made us kings and priests to His God and Father” (see Revelation 1:1-6, NKJV). Revelation is all about Jesus and His end-time message to get His people ready for His soon return.