Over the long centuries, people have struggled to understand the role and function of government and how citizens should relate to it. What gives rulers the right to rule? What is the best form of government? Should people always obey their government? If not, why not? These are just a few of a host of questions that we still wrestle with to this day. 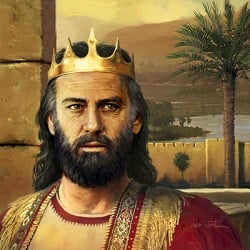 Read Romans 13:1-7. What important message is in there for us? How, though, can these texts and the message they teach be abused? What examples do we have in history of that happening? How can we as a church learn from these mistakes, even in our own history, as well as from the mistakes of the Christian church in general?

Oppression and brutality characterized the Roman Empire during Christ’s time. Roman legions terrorized and subjugated civilized nations, forcibly bringing them into the empire. Hundreds of thousands were dispossessed, imprisoned, and murdered. Puppet governments permitted by Rome were probably worse than Rome itself. Yet, interesting enough, Jesus never advocated any kind of rebellion against this government, or even the withholding of taxes from it (see Luke 20:25). Jesus’ singular act of civil disobedience-overturning the moneychangers’ tables-demonstrated the revulsion He felt regarding priestly abuses. It was not against the Romans, per se.

The people of God will recognize human government as an ordinance of divine appointment and will teach obedience to it as a sacred duty within its legitimate sphere. But when its claims conflict with the claims of God, the word of God must be recognized as above all human legislation. Thus saith the Lord is not to be set aside for Thus saith the church or the state. The crown of Christ is to be uplifted above the diadems of earthly potentates.-Ellen G. White, Testimonies for the Church, vol. 6, p. 402.