None of us asked to be here, did we? We didn’t choose to come into existence any more than we chose where and when we were born and who our parents were.

It was the same with Adam and Eve. They no more chose to be created by God than did a leaf, a rock, a mountain. As human beings, we have been given not just existence (a rock has existence), and not just life (an amoeba has life), but life as rational free beings made in the image of God. 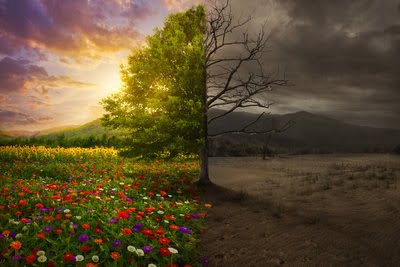 But we didn’t choose to come into existence as rational free beings made in the image of God, either. What God does offer us, however, is the choice to remain in existence; that is, to choose to have life, eternal life, in Him, which is what we can have because of Jesus and His death on the cross.

“In the midst of Eden grew the tree of life, whose fruit had the power of perpetuating life. Had Adam remained obedient to God, he would have continued to enjoy free access to this tree and would have lived forever. But when he sinned he was cut off from partaking of the tree of life, and he became subject to death. The divine sentence, ‘Dust thou art, and unto dust shalt thou return,’ points to the utter extinction of life.” — Ellen G. White, The Great Controversy, pages 532, 533.

Thus, right from the start, the Bible presents us with just one of two options: eternal life, which is what we were originally supposed to have, and eternal death, which in a sense is merely going back to the nothingness out of which we first came.

It’s interesting, too, how the “tree of life,” which Scripture says gives immortality, and that first appears in the first book of the Bible, reappears in the last book. Read Revelation 2:7 and Revelation 22:2, Revelation 22:14. Perhaps the message is that though we were supposed to have access to the tree of life, due to sin we lost that access; then, at the end, once the sin problem had been ultimately and completely finished, thanks to Jesus and the plan of salvation, the redeemed, those who chose life, will have access to the tree of life as we were supposed to from the start.