My friends call me Toogii (TAW-gee). I live in the capital city of Mongolia. My family isn’t Christian, so I grew up not knowing much about Jesus. One day a friend of my grandmother gave her an invitation to meetings at the Adventist church, where a missionary was speaking. Grandmother gave the invitation to my … END_OF_DOCUMENT_TOKEN_TO_BE_REPLACED 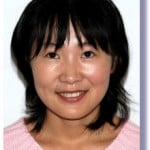 My family is Buddhist, the traditional religion of Mongolia. I often visited the Buddhist temple to pray and even learned to chant some Buddhist prayers. I planned to become a Buddhist nun when I finished college. Then my younger sister, Mungu, began attending the Adventist church. I told Mungu that her religion was foolish, but … END_OF_DOCUMENT_TOKEN_TO_BE_REPLACED 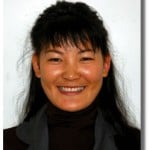 Enkhchimeg Enkhbaatar Eggie’s family wasn’t religious, but when a classmate in secondary school invited her to attend church with her, Eggie agreed to go. She knew that her parents didn’t mind, for her mother had told her that worshipping God was a good thing. Her friend’s church was a small group of 20 or 30 … END_OF_DOCUMENT_TOKEN_TO_BE_REPLACED