In Luke 15:11-32 we read the story of the prodigal son who wastes his father’s money in wild living. However when he returns, the father kills the fattened calf and they all celebrate. This has me wondering if the father was just as prodigal (wasteful) as the son? I mean, wouldn’t it have made more sense, for the father to take that calf and sell it to help recover a portion of what the son had wasted? Wasted is an understatement. The older brother implies he wasted it on prostitutes! He took the father’s money and spent it on prostitutes! 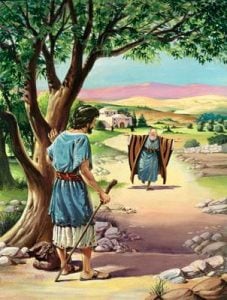 In this  story we see our heavenly Father, who though grieved with our wastefulness, is more than generous in forgiveness and restoration, even to the point of being prodigal?

Can we be as generous as the Father, and still be good stewards? Are we like the servant who buried his talent, (See Matthew 25:14-30) in order to save it, instead of using it to further the kingdom? As a church do we feel we need to “safeguard” funds, instead of realizing that when Jesus returns we will have to answer for every penny still sitting in the bank, that was wasted instead of being used to spread the Gospel? Yes, money sitting in our church bank accounts when Jesus returns will be money wasted! The goal of the church is to spread the Gospel, not store up funds. Hopefully we will get it out of the banks before the Mark of the beast is given and our accounts are frozen.

Maybe the father was not as prodigal as much as he was generous, though he did give his son more than enough. Certainly more than he deserved. Is God calling us to be just as generous? Often we think being good stewards (managers) means saving as much as we can, but reality is, saved money benefits no one. Being good stewards means spending money wisely to spread the Gospel. God has not called us to be stingy stewards. He has called us to be cheerfully giving stewards.

Here is a sermon I recently presented at the Tampa First Seventh-day Adventist Church, illustrating how generous our Father is with His love, forgiveness and all His resources.  A reference in the video to Acts 2, should have been Acts 10:44.