As we have already seen, these texts in Exodus and Deuteronomy invite us to look to the past. They exhort us to rest on Sabbath in order to celebrate God’s accomplishments at Creation and at Redemption. Hebrews 4:9-11, however, invites us to look to the future. It tells us that God has prepared a Sabbath rest that is in the future. It suggests a new dimension for Sabbath keeping. Sabbath rest memorializes not only God’s victories in the past, but also celebrates God’s promises for the future. 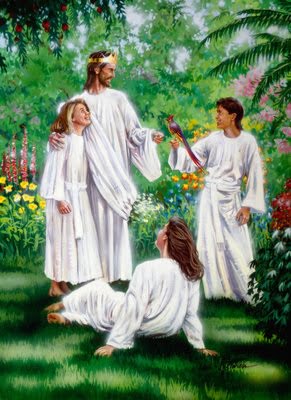 The future dimension of Sabbath observance has always been there, but it has often been neglected. After the fall, it came to imply the promise that God would one day restore creation to its original glory through the Messiah. God commanded us to celebrate His acts of redemption through Sabbath observance because Sabbath pointed forward to the culmination of redemption in a new creation. Sabbath observance is an anticipation of heaven in this imperfect world.

This has always been clear in Jewish tradition. Life of Adam and Eve, a work composed between 100 B.C. and A.D. 200 (in James H. Charlesworth, ed., The Old Testament Pseudepigrapha [New Haven, London: Yale University Press, 1985], vol. 2, p. 18}, said: “The seventh day is a sign of the resurrection, the rest of the coming age.” Another ancient Jewish source said: The coming age is “the day which is wholly Sabbath rest for eternity.” — Jacob Neusner, The Mishnah, a New Translation (New Haven: Yale University Press, 1988), p. 873. The Othiot of Rabbi Akiba, a later source, said: “Israel said before the Holy One, Blessed Be He, ‘Master of the World, if we observe the commandments, what reward will we have?’ He said to them: ‘The world-to-come.’ They said to Him: ‘Show us its likeness.’ He showed them the Sabbath.” — Theodore Friedman, “The Sabbath Anticipation of Redemption,” Judaism: A Quarterly Journal, vol. 16, pages 443, 444.

Sabbath is for celebration, for joy and thanksgiving. When we keep the Sabbath, we indicate that we believe God’s promises, that we accept His gift of grace. Sabbath is faith alive and vibrant. As far as actions go, Sabbath observance is probably the fullest expression of our conviction that we are saved by grace through faith in Him.