↓
Home→Daily→Thursday: “All Things Must Be Fulfilled”

Read Luke 24:13-49, which tell us about events immediately after Christ’s resurrection. In the various encounters, what does Jesus point to in order to help these people understand what happened to Him, and why is that so important, even for us today in our witness to the world?

The resurrection of Jesus should have been enough evidence to establish the Messiahship of Jesus. 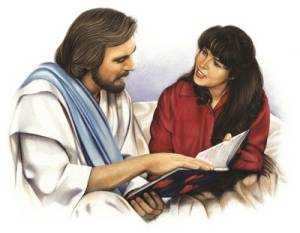 Beaten and brutalized before being crucified and eventually pierced, Jesus was then wrapped and placed in a tomb. Even if, as some have ridiculously suggested, He had survived both the cross and the burial, a bloodied and battered and weakened Jesus, somehow staggering from the tomb, would not have been anyone’s idea of a victorious Messiah.

Nevertheless, there Jesus was, alive and well enough to walk for at least a few miles with the two men on the road to Emmaus. And yet even then, before revealing who He was, Jesus pointed them to the Scriptures, giving them a firm biblical foundation for their faith in Him.

Then, when He appeared to the disciples, showed them His flesh, and ate with them, Jesus did more: He pointed them to the Word of God: Thus it is written, and thus it was necessary for the Christ to suffer and to rise from the dead the third day, and that repentance and remission of sins should be preached in His name to all nations, beginning at Jerusalem. And you are witnesses of these things (Luke 24:46-48, NKJV).

Here, too, Jesus not only pointed to the Scriptures (besides the evidence that He was actually alive and among them), but He used Scriptures to help them understand exactly what had happened to Him. Also, He directly linked His resurrection with the mission to preach the gospel to all nations.

So, even with all the powerful evidence proving who Jesus was, He always pointed His followers back to the Word of God. After all, without the Word of God among us today, how would we know of our calling and mission to preach the gospel to the world? How would we even know what the gospel was? The Bible is, then, as central to us today as it was to Jesus and His disciples.

How much time do you spend with the Bible? How does it impact how you live, the choices you make, and how you treat others?