Just as the reflexes of a twitching, freshly killed poisonous snake can cause it to reach around and inject its poison if you pick it up, Satan’s bite is still deadly. He may have been defeated at Calvary, but the danger is not over yet.

Read John 16:33. How did Jesus warn His disciples of the continuing struggle against evil? 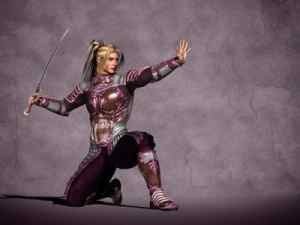 Jesus was clear that His followers would not have an easy time, but instead of focusing on the challenges, He focused on the victory that they would have in Him. Reflecting on this guarantee, Paul assured the believers in Rome that God would crush Satan beneath their feet (Rom. 16:20) . And John told the last-day church of the same thing-their victory was assured through the blood of the Lamb (Rev. 12:11) .

Hebrews 11 quickly sketches the lives of some of the famous heroes of faith. Abel offers a perfect sacrifice, and he is not forgotten even though he is dead. Enoch habitually draws near to God so is taken straight to heaven to be with Him. Noah warns of unseen events and offers salvation to a world drowned in sin. Abraham leaves a great civilization to go to a land of promise. Sarah gives birth to a promised son even though she is too old to have a child. Moses chooses to suffer with his people rather than to live in a king’s palace. And Rahab witnesses to God’s greatness (Josh. 2:9-11) . These are among those who form the great cloud of witnesses spoken of in Hebrews 12:1. They are not passive witnesses, like spectators watching a game; instead, they actively witness to us that God is faithful, sustaining them in whatever struggles they faced. We are not alone in this great battle.

Look at some of those mentioned in Hebrews 11. Who were they, and what were they like? What encouragement can you draw from the fact that they were not flawless and faultless human beings but were people with fears, passions, and weaknesses just like we all are?