In harmony with the book of Romans, Paul is careful to stipulate in Galatians that the purpose of the law is to define sin and not to make people righteous (Gal. 3:19, Gal. 3:21). 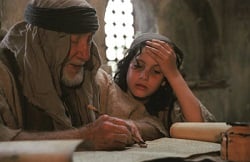 Read Galatians 3:23-24. What images does Paul use to describe the purpose of the law? What do you think the images mean?

Depending on the translation, the law is identified in Gal 3:24 as a schoolmaster, taskmaster, tutor, and custodian, among other designations. The Greek term refers to a slave employed by a wealthy individual to be a disciplinarian for his son. It was the tutor’s responsibility to ensure that the son learned self-discipline. Although a slave, the tutor was given the authority to do that which was necessary to keep the son in line, even if it meant physical punishment. When the son reached adulthood, the tutor no longer had authority over him.

In light of the explanation of the role of the tutor, what do you think is the purpose of the law for someone who has received salvation in Christ?

Although the tutor no longer had authority over the adult son, it was expected that the lessons that the son had learned would enable him to make mature decisions. Similarly, while the Christian is not under the condemning power of the law, as a person who has attained maturity, he or she is expected to govern his or her actions in accordance with the principles of the law.

In addition to its role as tutor, the law also operated as a caretaker that protected the believer until the faith came (Gal. 3:23). Here again we see that Christ is the end, the goal, of the law. Paul makes that point explicitly when he says that the law brought us to Christ, so that we might be justified by faith (Gal. 3:24).

Read carefully Galatians 3:21. What does it say that should forever end any idea that we can be saved by obedience to the law? Why is this such good news? Bring your answer to class on Sabbath.