The transforming invitation and appeal of the gospel “to every nation, tribe, language and people” (Rev. 14:6, NIV) has continued throughout Christian history. However, Revelation describes a renewed proclamation of this message—the good news about Jesus and all that entails—at the end of time.

Read Revelation 14:6-7. How is the common understanding of the gospel—most commonly summarized by John 3:16—included in the angel’s specific message in verse 7?

Revelation 14:7 brings together three key elements we have already noted in this study of God’s concern about evil, poverty, and oppression throughout the Bible story: 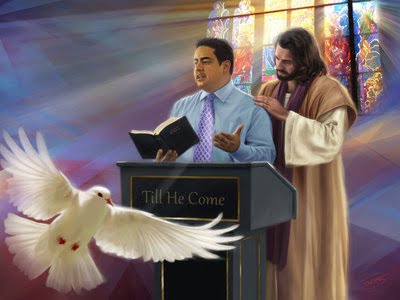 Judgment. The appeal for judgment—for justice to be done—has been a repeated call of those who have been oppressed throughout history. Fortunately, the Bible portrays God as One who hears the cries of those in distress. As often expressed in the Psalms, for example, those who are being treated unfairly regard judgment as good news.

Worship. The writings of the Hebrew prophets often link the subjects of worship and good deeds, particularly when comparing the worship of those who claimed to be God’s people with the wrongs that they committed and continued. In Isaiah 58, for example, God explicitly stated that the worship He most desired was acts of kindness and care for the poor and needy (see Isa. 58:6-7).

Creation. As we have seen, one of the foundational elements of God’s call for justice is the common family of humanity, that we are all created in His image and loved by Him, that we all have value in His sight and that no one should be exploited or oppressed for the unjust gain and greed of another. It seems clear that this end-time proclamation of the gospel is a broad and far-reaching call to accept the rescue, redemption, and restoration that God wants for fallen humanity. Hence, even amid the issues regarding true and false worship, and persecution (see Rev. 14:8-12), God will have a people who will stand for what is right, for the commandments of God and the faith of Jesus, even amid the worst of evil.