Obviously Job was overwhelmed by what God had shown him. In fact, in Job 42:3, when he says, “ ‘ “Who is this who hides counsel without knowledge?” ’ ” (NKJV), he was simply repeating God’s first question to him. Job knew the answer now: it was Job himself who spoke about what he really didn’t know. 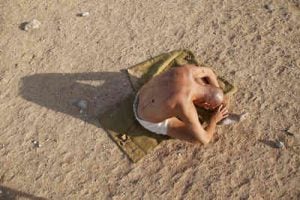 Notice, too, what Job said in Job 42:5. Though he had only heard about God, now that he saw God—that is, now that he got a better view of God—he saw himself for what he really was. That’s why he reacted as he did, abhorring himself and repenting in dust and ashes.

Read Isaiah 6:1–5 and Luke 5:1–8. How do the reactions described there parallel that of Job?

What we see in all these cases are manifestations of a key Bible truth, and that is the sinfulness of humanity. Job was “blameless and upright, and one who feared God and shunned evil” (Job 1:1, NKJV). And despite Satan’s best attempts to turn him against God, Job stayed faithful through it all. We are dealing here with a solid, faithful believer in the Lord.

And yet—what? As with Isaiah and Peter, a glimpse of the holiness and power of God was enough to make Job cringe with a sense of his own sinfulness and smallness. That’s because we are all fallen, sin-damaged beings whose very nature itself brings us in to conflict with God. That’s why, in the end, no one can save himself; no one can do enough good works to merit any favor before God. That’s why we all—even the “best” among us, those who like Job are upright and blameless and who fear God and shun evil—need grace, need a Savior, need Someone to do for us what we can never do for ourselves. Fortunately we have all that, and more, in Jesus.