↓
Home→Daily→Thursday: The Transforming Power of the Word

Read 2 Kings 22:3-20. What causes King Josiah to tear his clothes? How does his discovery change not only him, but the entire nation of Judah?

In 621 B.C., when Josiah was about 25 years old, Hilkiah, the high priest, discovered “the book of the law”, which may have been the first five books of Moses or, specifically, the book of Deuteronomy. During the reign of his father Amon, and his most wicked grandfather Manasseh, this scroll had been lost in the midst of the worship of Baal, Asherah, and “all the host of heaven” (2 Kings 21:3-9). 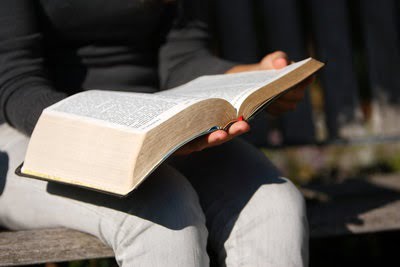 As Josiah hears the conditions of the covenant, he tears his clothes in utter distress, for he realizes how far he and his people have come from worshiping the true God. He immediately begins a reformation throughout the land, tearing down the high places and destroying images to foreign gods. When he is finished, there is only one place left to worship in Judah: the temple of God in Jerusalem. The discovery of the Word of God leads to conviction, repentance, and the power to change. This change begins with Josiah and eventually spreads to the rest of Judah.

One of the most powerful testimonies of the power of the Bible is the changed life of a person. It is the Word that cuts through human sin and depravity and reveals our true human nature and our need for a Savior.

A unique book like the Bible, constituted in history, imbued with prophecy, and with the power to transform the life, must also be interpreted in a unique way. It cannot be interpreted like any other book, for the living Word of God must be understood in the light of a living Christ who promised to send His Spirit to lead us “into all truth” (John 16:13). The Bible, then, as a revelation of God’s truth, must contain its own internal principles of interpretation. These principles can be found in studying how the writers of Scripture used Scripture and were guided by it as they allowed Scripture to interpret itself.