↓
Home » Thursday: A Wife for Abraham

Read Genesis 24:67-25:8. What is the meaning of these final events in the life of Abraham?

After Sarah died, Abraham married again. Like Isaac, he is comforted after the death of Sarah (Genesis 24:67). The memory of Sarah must still surely be vivid in the mind of the patriarch, as it is for his son. 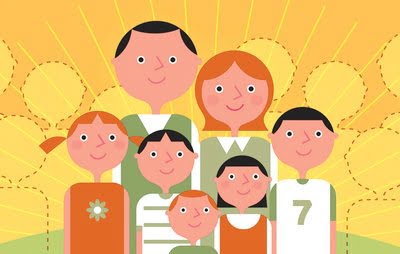 Yet, the identity of his new wife is unclear. The fact that the chronicler associates Keturah’s sons together with Hagar’s sons, without mentioning the name of Keturah, suggests, however, that Keturah could (as some have suggested) be Hagar. We just don’t know. It is also significant that Abraham behaves with Keturah’s sons the same way as he did with Hagar’s son: he sends them away to avoid any spiritual influence and make a clear distinction between his son with Sarah and the other sons.

He also gives “all that he had unto Isaac” (Genesis 25:5) while he “gave gifts to the sons of the concubines” (Genesis 25:6, NKJV). The classification of “concubines” may also imply that Keturah’s status, like Hagar, was that of a concubine. The potential identification of Keturah as Hagar may also explain the subtle allusion to the memory of Sarah as a prelude to his marriage with Keturah-Hagar.

What’s interesting is that in Genesis 25:1-4, Genesis 25:12-18, a list of the children that Abraham had with Keturah, as well as a list of Ishmael’s children, is given. The purpose of the genealogy after Abraham’s marriage with Keturah, who gave him six sons, versus his two other sons (Isaac and Ishmael), is perhaps to provide immediate evidence of God’s promise that Abraham would father many nations.

The second genealogy concerned the descendants of Ishmael, who also composed 12 tribes (compare with Genesis 17:20), just as what would happen with Jacob (Genesis 35:22-26). Though, of course, God’s covenant will be reserved to the seed of Isaac (Genesis 17:21), not Ishmael, a point that Scripture is very clear about.

The report of Abraham’s death sandwiched between the two genealogies (Genesis 25:7-11) also testifies to God’s blessing. It reveals the fulfillment of His promise to Abraham, made many years earlier, that he would die “at a good old age” (Genesis 15:15, NKJV) and “full of years” (compare with Eccles. 6:3).

In the end, the Lord remained true to His promises of grace to his faithful servant Abraham, whose faith is depicted in Scripture as a great example, if not the best example, in the Old Testament of salvation by faith (see Romans 4:1-12).