While Paul was in Thessalonica, what other things did he do in addition to preaching the gospel, and why? See 1 Thess. 2:9, 10.

The idea that Paul was working “night and day” would be a huge exaggeration if taken literally. The Greek, however, expresses a qualitative idea rather than the actual amount of time spent. In other words, Paul was saying that he worked beyond the call of duty in order not to burden them; Paul did not want anything to stand in the way of his witness to them.

In addition, he was very careful to behave in such a way as not to cause offense, either before God or before others (see1 Thess. 2:10, Luke 2:52). Paul and the apostles sought to be “blameless” in their relationships so that the gospel would become the central focus of attention. 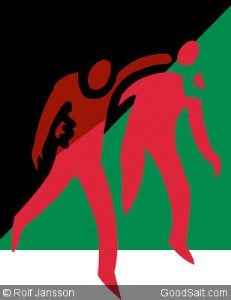 The good Father provides boundaries and encouragement, as well as love. He adapts his nurture and discipline to the unique character and emotional condition of each child. Depending on the child and the situation, the father may offer encouragement, a stern lecture, or disciplinary punishment.

There is a certain tension in Paul’s missionary approach. On the one hand, he always sought to adapt his approach to the unique character and situation of the people; on the other, he was very concerned about authenticity, that the outward and inward be one and the same. How can one be authentic and genuine and yet be “all things to all people”?

The key is the love Paul had for his converts. He did all he could to model authenticity for them; yet, he realized that there were things they were not ready to handle (see also John 16:12). So, he worked with his hands and adapted his instruction, all in order to avoid putting unnecessary barriers in the way of people’s acceptance of the gospel. A powerful lesson in self-sacrifice, for sure.