As said in the introduction, none of us view the world from a neutral position. For example, an atheist looks at a rainbow in the sky and sees nothing but a natural phenomenon. It has no meaning other than that which humans decide to give it. 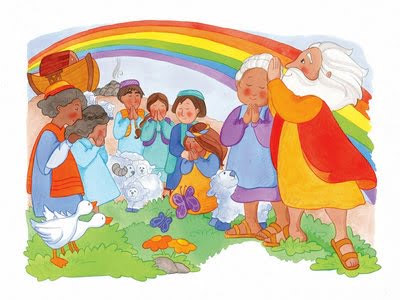 In contrast, someone eyeing it from a biblical worldview sees not just the natural phenomenon, the water and light interacting, but also a reaffirmation of God’s promise not to destroy the world again by water (Genesis 9:13-16). “How great the condescension of God and His compassion for His erring creatures in thus placing the beautiful rainbow in the clouds as a token of His covenant with men … . It was God’s purpose that as the children of after generations should ask the meaning of the glorious arch which spans the heavens, their parents should repeat the story of the Flood, and tell them that the Most High had bended the bow and placed it in the clouds as an assurance that the waters should never again overflow the earth.” — Ellen G. White, Patriarchs and Prophets, p. 106.

For Seventh-day Adventists, the Bible remains the foundational text of our faith. It teaches the worldview, the “filter,” by which we are to see and understand the world, which can be a very daunting and complicated place. Scripture creates the template to help us better understand the reality we find ourselves in, which we are part of, and are often confused and befuddled by it.

As Seventh-day Adventists, we must firmly adhere to the teachings of the Bible, for this is God’s revealed truth to humans, explaining for us many things about the world that we would otherwise not know or understand. Hence, all Christian education must be rooted and grounded in the Word of God, and any teaching contrary to it must be rejected.