In July 2007, a scholar from the University of Vienna was working on a project in the British Museum when he found a tablet from the time of Nebuchadnezzar, king of Babylon. On the tablet, he found the name “Nebusarsekim”, the name of a Babylonian official mentioned in Jeremiah 39:3. Nebusarsekim is one of many individuals, both kings and officials, who (thanks to archaeology) have been rediscovered from the time of Daniel and Nebuchadnezzar.

Read Dan. 1:1-21 and Dan. 5:1-31. How do the early decisions of Daniel correspond to the acts of God in using him as His servant and prophet to impact millions of people through history? 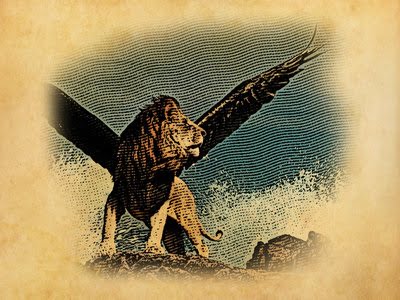 Daniel “purposed in his heart” (Dan. 1:8) to remain faithful to God in regard to what he both ate and prayed. These good habits, formed early in his experience, became the pattern that would give him strength for his long life. The result was clear thinking, wisdom, and understanding that came from on high. This was recognized by Nebuchadnezzar and Belshazzar, so that he was elevated to the highest positions in the kingdom. But, perhaps more important, it resulted in the conversion of King Nebuchadnezzar himself (Dan. 4:34-37).

Nebuchadnezzar was the son of Nabopolassar. Together they built up a glorious city, unsurpassed in the ancient world (Dan. 4:30). The city of Babylon was enormous, with over 300 temples, an exquisite palace, and surrounded by huge double walls 12 and 22 feet thick. The walls were punctuated by eight major gates, all named after the major Babylonian deities. The most famous is the Ishtar gate, excavated by the Germans and reconstructed in the Pergamom Museum in Berlin.

In Daniel 7:4, Babylon is described as a lion with eagle wings. The processional way leading up to the Ishtar gate is lined with images of 120 lions. An image of a huge lion pouncing on a man also was found during excavations and still stands today outside the city. These all testify to the lion as an appropriate symbol for Babylon the Great. Biblical history and its prophetic message are confirmed.