↓
Home » Tuesday: The Death of Sarah

Read Genesis 23:1-20. What function does the story of Sarah’s death and burial play in the fulfillment of God’s promise to Abraham? 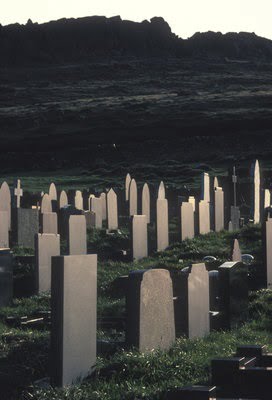 The mention of the death of Sarah after the story of the sacrifice of Isaac suggests that she might have been affected by this incident, which almost cost her son’s life. In some way, Sarah was also involved in the “test” with her husband, just as she was in his travels and his occasional lapses in faith (Genesis 12:11-13).

Though we don’t know how much Sarah knew about the incident after it occurred, we can infer that she probably learned of it eventually. Sarah was not the kind of woman who would keep quiet on matters that were of significance or were disturbing her (compare with Genesis 16:3-5; Genesis 18:15; Genesis 21:9-10). Her absence and her silence, and even the timing of her death following that dramatic event, says more about her relevance to the events than did her physical presence. The fact that Sarah’s old age is mentioned (Genesis 23:1), in echo to Abraham’s old age (Genesis 24:1), shows her importance to the story.

In fact, Sarah is the only woman in the Old Testament of whom the number of her years is mentioned, which could show her involvement in the story even after the fact. The focus on the purchase of Sarah’s burial place (which covers most of the chapter), rather than on her death, emphasizes the connection with the Promised Land.

Already the specification that she died “in the land of Canaan” (Genesis 23:2) underlines the rooting of Sarah’s death in God’s promise of the land. Sarah is the first dead of Abraham’s clan to have died and been buried in the Promised Land. Abraham’s concern about himself, “a foreigner and a visitor” (Genesis 23:4, NKJV), and his insistent argument with the sons of Heth, show that Abraham is interested not just in acquiring a burial place; he is primarily concerned with settling in the land permanently.