Veils have a double function. The term Hebrews uses for veil (katepetasma) could refer to the screen of the court (Exodus 38:18), the screen at the entrance of the outer apartment of the sanctuary (Exodus 36:37), or the inner veil that separated the Holy Place from the Holy of Holies (Exodus 26:31-35). These three veils were both entrances and boundaries that only some people could cross. 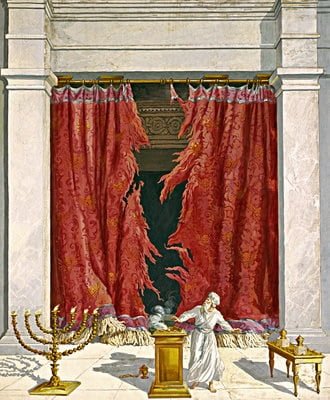 The veil was a protection for the priests as they ministered before a holy God. After the sin of the golden calf, God said to Moses that He would not accompany them in the way to the Promised Land lest He consumed them because they were a “stiff-necked people” (Exodus 33:3, NKJV). Thus, Moses moved the tent of meeting and pitched it far off, outside the camp (Exodus 33:7). After Moses interceded, however, God agreed to go with them in their midst (Exodus 33:12-20), but He established several measures to protect the people as He dwelled among them.