Seemingly, the rebuke to the nobles and rulers — “each of you is exacting usury from his brother” (Neh. 5:7, NKJV) — didn’t bring the desired results. Thus, Nehemiah did not stop there but continued to fight for the oppressed among them. He could have just said that he had tried to teach the nobles and rulers but it didn’t work, and so he was forced to drop the issue. After all, these were the rich and powerful of the land that he would be going up against. But he was not satisfied until a solution to the problem was implemented, even if he created powerful enemies in the process.

Read Nehemiah 5:7-12. What are Nehemiah’s arguments against what is going on? What does he use to persuade the people to right the wrong? 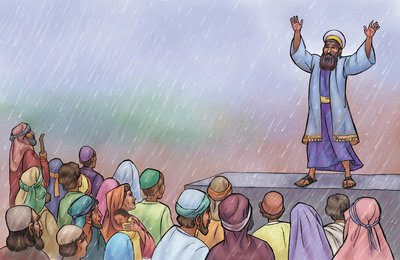 Nehemiah calls a great assembly — all of the people of Israel are brought together to deal with this matter. He is most likely counting on the possibility that when all the people are present, the leaders will be ashamed, perhaps even afraid to continue their oppression.

Nehemiah’s initial argument centers on slavery. Many of the Jews, most likely Nehemiah included, purchased freedom for other Jews in servitude to foreigners. Now, he asks the nobles and rulers whether they find it acceptable to buy and sell their own people. Does it make sense for the Israelites to buy Jews and give them freedom only to have them end up as slaves of their own people?

The leaders offer no response because they see that this argument is reasonable; therefore Nehemiah continues. He asks them, “Ought you not to walk in the fear of our God to prevent the taunts of the nations our enemies?” (Neh. 5:9, ESV). Then, Nehemiah admits that he himself has been lending the people money and grain. By declaring “let us stop charging interest” (Neh. 5:10, NIV), he affirmed the law that forbade this practice with fellow Hebrews and demonstrated that under his governorship, he would like people to be solicitous towards each other. Amazingly, the response is unanimous. The leaders agree to restore everything to the people.