Read Genesis 17:1-19 and Romans 4:11. What is the spiritual and prophetic significance of the circumcision rite?

Abram’s lack of faith, as seen in the preceding story (Genesis chapter 16), broke the flow of Abram’s spiritual journey with God. During that time God was silent. For the first time now, God speaks again to Abram. God reconnects with Abram and brings him back to the point when He made a covenant with him (Genesis 15:18). 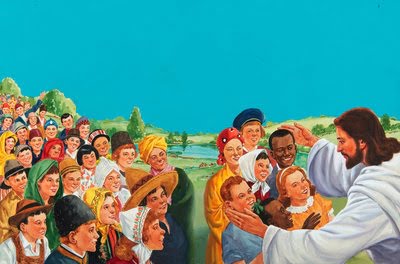 Now, though, God gives him the sign of that covenant. The meaning of circumcision has been long discussed by scholars, but because the rite of circumcision involves the shedding of blood (see Exodus 4:25), it could be understood in the context of sacrifice, signifying that righteousness was imputed to him (compare with Romans 4:11).

It is also significant that this covenant, signified by circumcision, is described in terms that point back to the first Messianic prophecy (compare Genesis 17:7 with Genesis 3:15). The parallel between the two texts suggests that God’s promise to Abram concerns more than just the physical birth of a people; it contains the spiritual promise of salvation for all the peoples of the earth. And the promise of the “everlasting covenant” (Genesis 17:7) refers to the work of the Messianic seed, the sacrifice of Christ that ensures eternal life to all who claim it by faith and all that faith entails (compare with Romans 6:23 and Titus 1:2).

Interestingly, this promise of an eternal future is contained in the change of the name of Abram and Sarai. The names of Abram and Sarai referred just to their present status: Abram means “exalted father” and Sarai means “my princess” (the princess of Abram). The change of their names into “Abraham” and “Sarah” referred to the future: Abraham means “father of many nations” and Sarah means “the princess” (for everyone). In parallel, but not without some irony, the name of Isaac (“he will laugh”) is a reminder of Abraham’s laughter (the first laughter recorded in the Scriptures, Genesis 17:17); it is a laughter of skepticism or, maybe, of wonder. Either way, though he believed in what the Lord had clearly promised him, Abraham still struggled with living it out in faith and trust.