Nehemiah’s reforms of the temple services included the implementation of tithes and offerings. 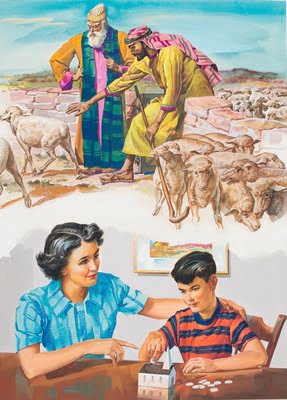 Without the collection of tithes and offerings the temple could not function. When tithing stopped, the services in the temple fell apart, and the whole worship system was in jeopardy. As temple personnel went to look for other jobs to feed their families, they couldn’t focus on taking care of the temple. Consequently, the worship of God diminished.

“The tithing system is beautiful in its simplicity. Its equity is revealed in its proportional claim on the rich and on the poor. In proportion as God has given us the use of His property, so we are to return to Him a tithe.

“When God calls for the tithe (Mal. 3:10), He makes no appeal to gratitude or generosity. Although gratitude should be a part of all our expressions to God, we tithe because God has commanded it. The tithe belongs to the Lord, and He requests that we return it to Him” – Seventh-day Adventists Believe . . . (2nd ed). (Boise, Idaho: Pacific Press Â® Publishing Association, 2005), p. 304.

Just as happened with the Israelite temple, our church would fall apart without the support of the members’ tithes and offerings. Our church services would not function without people who are paid to put time into quality ministry, planning, and management of the church for God. Worship of God would also be diminished in quality. Most importantly though, without tithes and offerings evangelism would be non-existent.

Moreover, we give tithes because God established the system in His Word. There are times when God doesn’t have to explain why He set something up. He expects us to trust that He is in control. We should find out and be informed on how the system works, but then entrust it into His hands.