Unfortunately, the story of Jonah doesn’t end with chapter 3.

Read Jonah 4:1-11. What is Jonah’s problem? What lesson can we learn from his rather faulty character? 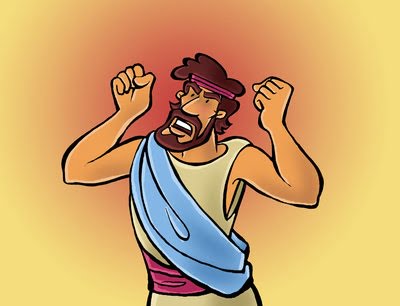 Jonah 4 begins with Jonah’s anger toward God because his mission outreach was so successful. Jonah is worried about looking foolish. We find God taking the time to talk to and reason with His prophet, who behaves like a toddler having a temper tantrum.

Here is evidence that true followers of God — even prophets — may have some growing and overcoming yet to do.

“When Jonah learned of God’s purpose to spare the city that, notwithstanding its wickedness, had been led to repent in sackcloth and ashes, he should have been the first to rejoice because of God’s amazing grace; but instead he allowed his mind to dwell upon the possibility of his being regarded as a false prophet. Jealous of his reputation, he lost sight of the infinitely greater value of the souls in that wretched city.” — Ellen G. White, Prophets and Kings, p. 271.

God’s patience with His prophet is astounding. He seems intent on using Jonah, and when Jonah runs away, God sends the storm and the fish to bring the runaway back. And even now, again, when Jonah is being contrary, God seeks to reason with Jonah and his bad attitude, saying to him: “Is it right for you to be angry?” (Jonah 4:4).

Read Luke 9:51-56. How does this account somewhat parallel what happened in the story of Jonah?

“God so loved the world that He gave His only begotten Son, that whoever believes in Him should not perish but have everlasting life” (John 3:16) or, as God puts it in Jonah 4:11: “Should I not pity Nineveh, that great city, in which are more than one hundred and twenty thousand persons who cannot discern between their right hand and their left — and much livestock?” (NKJV). How grateful we should be that, in the end, God — and not we ourselves — is the ultimate Judge of hearts and minds and motives.