Read Ezra 7:11-28. What were the components of the king’s decree? Why were these instructions important for the people of Israel?

The decree of Artaxerxes resembles Cyrus’s first decree. The king counsels everyone who is willing, especially from the priestly lines, to make the journey to Jerusalem. Although according to the Murashu historical documents, the majority of the Jews ultimately remained in Persia (as demonstrated in the story of Esther), there were those who had waited for the opportunity to start a new life in the homeland of their ancestors. 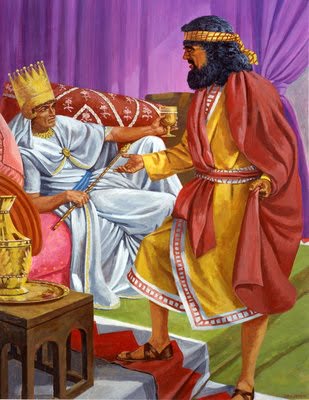 The king directed most of his comments to the treasurers of the Trans-Euphrates territory. The treasurers were to provide Ezra with whatever he needed to restore the city and “to beautify the house of the LORD” (Ezra 7:27, NKJV). Ultimately, the king commissioned Ezra to ensure the proper observance of the Law of God as well as the law of the land, by setting up the judicial system. The order and organization that this command would produce are important aspects of any society. Moreover, the king made it easier for Ezra and the Israelites to restore their homeland.

Does the king’s concern for the rebuilding of the city and the temple indicate that he had become a believer in Ezra’s God? Artaxerxes calls God, the “God of Israel, whose dwelling is in Jerusalem” (Ezra 7:15, NKJV). The terminology the king uses about the God of Israel implies that he saw the Lord as just another local deity who needed to be appeased by gifts. He didn’t want this local god to be angry with him and his sons (Ezra 7:23). Additionally, we should note that 457 B.C. is also the year of an Egyptian revolt against the Persian government; thus, it is likely that the amenable actions of the king were designed to gain loyalty from the province of Judah.

Unfortunately, despite the interaction the king had with both Ezra and Nehemiah, it didn’t make him a believer in God. At least nothing in the texts indicates that he had become one, which means that the Lord can use even unconverted people to do His will on earth.