↓
Home » Wednesday: The Creation of Humanity

The creation of humans is God’s last act of Creation, at least in the Genesis account. Humans are the culmination of the whole earthly creation, the purpose for which the earth was made.

Read Genesis 1:26-29 and Genesis 2:7. What is the connection between these two different versions in regard to the creation of humanity? 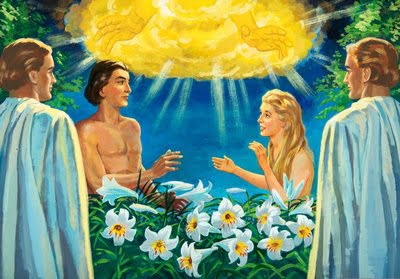 That God has created humans in His image is one of the boldest statements of the Bible. Only humans have been created in the image of God. Though “God made the beast of the earth according to its kind” (Genesis 1:25, NKJV), “God created man in His own image” (Genesis 1:27, NKJV). This formula has often been limited to the spiritual nature of humans, which is interpreted to mean that the “image of God” is understood to signify only the administrative function of representing God, or the spiritual function of relationship with God or with each other.

While these understandings are correct, they fail to include the important physical reality of this creation. Both dimensions are, indeed, included in the two words “image” and “likeness” describing this process in Genesis 1:26. While the Hebrew word tselem, “image,” refers to the concrete shape of the physical body, the word demut, “likeness,” refers to abstract qualities that are comparable to the divine Person.

Therefore, the Hebrew notion of the “image of God” should be understood in the wholistic sense of the biblical view of the human nature. The biblical text affirms that human individuals (men and women) have been created in God’s image physically, as well as spiritually. As Ellen G. White clearly comments: “When Adam came from the Creator’s hand, he bore, in his physical, mental, and spiritual nature, a likeness to his Maker.” — Education, p. 15.

In fact, this wholistic understanding of the image of God, including the physical body, is reaffirmed in the other Creation account, which says that “man became a living being” (Genesis 2:7, NKJV), literally, “a living soul” (nefesh), as the result of two divine operations: God “formed” and God “breathed.” Note that the “breath” often refers to the spiritual dimension, but it is also closely tied to the biological capacity of breathing, the part of the man that was “formed … of the dust of the ground.” It is the “breath of life”; that is, breath (spiritual) and life (physical).

God will later perform a third operation, this time to create the woman from the body of the man (Genesis 2:21-22), a way to emphasize that she is of the same nature as the man.