↓
Home→Daily→Wednesday: The Demands of Love

Love always manifests itself in action. Our love for Christ compels us to do something for lost humanity. Paul stated it clearly when he said to the church at Corinth, “For the love of Christ compels us” (2 Corinthians 5:14, NKJV). Christianity is not primarily giving up bad things so that we can be saved. Jesus did not “give up” bad things in heaven so that He could be saved. 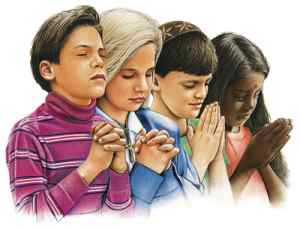 He gave up good things so that others could be saved. Jesus does not invite us merely to give our time, talent, and treasures to His cause; He invites us to give our lives.

In a morning meeting with the disciples on the shores of Galilee, Jesus brilliantly outlined the demands of divine love.

Peter denied His Lord three times, and Jesus elicited a response of love from Peter’s own lips three times. In the presence of the disciples, Jesus was rebuilding Peter’s confidence that he was forgiven by divine love and that Jesus still had work for him to do in His cause.

Read John 21:15-19 again, this time especially noting Jesus’ response to Peter’s affirmation of his love for Christ. What did Jesus tell him to do in response?

Divine love is active, not passive. Genuine love is more than a warm feeling, more than a nice idea. It involves commitment. Love compels us to act. It leads us to reach out to a lost world of God’s children in desperate need. When Jesus said to Peter, “Feed My lambs”, it was both a command and a comforting reassurance. The Master called for a response to love, and He also encouraged Peter that He still had a work for him to do, even despite Peter’s truly shameful action when Jesus had been arrested, and Peter not only denied knowing Jesus but denied it with curses as well, exactly as Christ had told him that he would.

The point? You may have desperately failed your Lord. You may have denied Him by your actions more than once. The good news is that grace is still available, and God is not done with you yet. There is still a place in His work for you if you are willing.