Caiaphas was high priest and instigated the plot to seek the death of Jesus. His existence is recorded also by Josephus, the Jewish historian writing in behalf of the Romans. “Besides which he also deprived Joseph, who was also called Caiphas[sic], of the high priesthood, and appointed Jonathan, the son of Ananus, 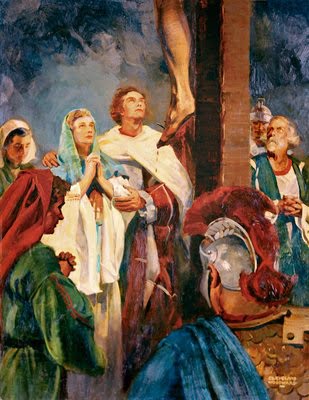 In 1990, a family tomb was discovered south of Jerusalem containing twelve ossuaries or bone boxes. The coins and pottery from the tomb date it to around the middle of the first century A.D. The most ornate of the ossuaries, with multiple sets of bones in it, contains the name “Joseph son of Caiaphas”. Many scholars believe this to have been the tomb and bone box of Caiaphas, the High Priest so directly involved in the death of Jesus.

In 1961, an inscription bearing the name of Pontius Pilate, the prefect of Judea under Emperor Tiberius, was found on a stone in the theater at Caesarea Maritima.

Thus, in both of these cases, some of the principal figures surrounding the death of Christ have been corroborated by history.

Secular historians of the first two centuries also speak of Jesus of Nazareth. Tacitus, the Roman historian, writes of Christ, His execution by Pontius Pilate during the reign of Tiberius, and early Christians in Rome. Pliny the Younger, a Roman governor, writes in A.D. 112-113 to the emperor Trajan, asking how he should treat the Christians. He describes them as meeting on a certain day before light where they gather and sing hymns as to a god.

These archaeological discoveries and historical sources provide an extra, non-biblical framework for the existence of Jesus, who was worshiped within the first 50 years after His death. The gospels themselves are the primary sources about Jesus, and we should study them carefully to learn more about Jesus and His life.