Read Genesis 49:1-28. What is the spiritual significance of Jacob’s blessing on his sons?

Beyond the prophecies concerning the immediate history of the tribes of Israel, Jacob sees the Messiah and the ultimate hope of salvation. This hope is already indicated in Jacob’s opening words that use the expression “in the last days” (Genesis 49:1), a technical expression that refers to the coming of the Messianic king (Isaiah 2:2, Daniel 10:14). 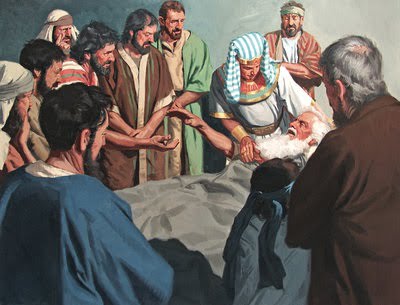 The text then goes through the future line of each of these men. These are not predestinated fates, as if God willed that each of these would face what they faced; rather, they are expressions of what their characters and the character of their children would bring about. God’s knowing, for instance, that someone will kill an innocent man is a radically different thing from God’s having willed that the killer do it.

Read Genesis 49:8-12. What prophecy is given here, and why is it important?

Over and above human free will, God does know the future, and He had arranged that it would be through Judah that the Messiah would come. Judah (Genesis 49:8-12), who is represented by a lion (Genesis 49:9), refers to royalty and praise. Judah will produce King David, but also the Shiloh, that is, the one who will bring shalom, “peace” (Isaiah 9:6-7) to Him “shall be the obedience of the people” (Genesis 49:10, NKJV).

The Jews have long seen this as a Messianic prophecy pointing to the coming Messiah, and Christians, too, have seen this text as pointing to Jesus. “Unto him shall the gathering of the people be” (Genesis 49:10), which is, perhaps, a precursor to the New Testament promise “that at the name of Jesus every knee should bow” (Philippians 2:10).

As Ellen G. White wrote: “The lion, king of the forest, is a fitting symbol of this tribe, from which came David, and the Son of David, Shiloh, the true ‘Lion of the tribe of Judah,’ to whom all powers shall finally bow and all nations render homage.” — Patriarchs and Prophets, p. 236.