↓
Home→Daily→Wednesday: Sacrifices as Part of Worship

Read Nehemiah 12:43. What was special about offering “great sacrifices” as part of their worship celebration?

Sacrifices were the most essential aspect of worship during the time of the temple. Several different sacrifices were used, either for the promise of forgiveness or to express the joy of fellowship and gratitude to God. Sacrifices provided the substance for worship, as they reminded the worshipers of the truth of God and who He is, and pointed to the Promised Seed, the Messiah, who would sacrifice His life for them, because He is the Lamb of God.

Read John 1:29, John 1:36; 1 Corinthians 5:7; and Revelation 5:6, Rev. 5:12-13. What do they teach us about what the sacrifices ultimately pointed to? If the ancient Israelites could rejoice over a dead farm animal, a death that could reveal only so much truth, how much more reason do we have to rejoice than they had? 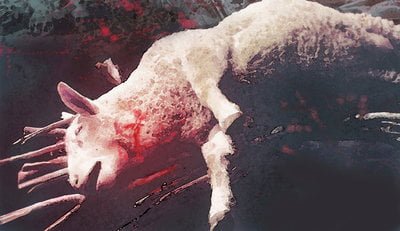 Notice, too, how many times the idea of joy and rejoicing appears in Nehemiah 12:43 alone. That is, amid the reverence, and perhaps the godly fear that the people experienced in their worship service (after all, the killing of an animal for their sins was a solemn thing), there was joy and rejoicing, as well. When we approach God, it must be in awe and reverence, as well as with rejoicing. Psalm 95 demonstrates that a true act of adoration involves a summons to sing, shout joyfully, and make music to celebrate God (Ps. 95:1) as well as to bow down and kneel before the Lord (Ps. 95:6). Striving to achieve a balance between joy and reverence is crucial for adoring, praising, and worshiping our Creator.