↓
Home→Daily→Monday: “What God Had Done”

We are continually reminded that in most areas of life, effective communication is the key to understanding and harmony. As we consider the church family we see that the reporting of activities and their results is a vital part of internal communication. In many churches there is much activity, but only those involved in each ministry know what is happening there. Because of this, there is a corresponding feeling among those who lead ministries that there is not much interest in what they are doing. These feelings are not surprising if leaders never share their goals and strategies with the church and never report their activities and results.

Read Acts 21:19–25. How was the church affected when they heard the missionary reports of the apostle Paul? At the same time, even amid the good reports, there were indications of division among the believers. What were those problems, how did Paul respond, and what lessons are there for us today? See also 1 Cor. 9:19–23. 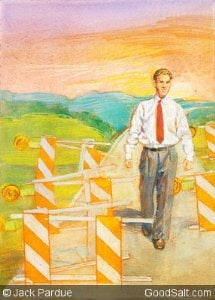 Returning to Jerusalem from a missionary journey, Paul reported to James and all the elders of how God had blessed his ministry among the Gentiles. As Paul related one by one the many gospel advances, the church leaders responded with spontaneous and genuine praise to God.

At the same time, however, evidence of division and confusion existed, even amid the good news of Paul’s witnessing.

“Many of the Jews who had accepted the gospel still cherished a regard for the ceremonial law and were only too willing to make unwise concessions, hoping thus to gain the confidence of their countrymen, to remove their prejudice, and to win them to faith in Christ as the world’s Redeemer. Paul realized that so long as many of the leading members of the church at Jerusalem should continue to cherish prejudice against him, they would work constantly to counteract his influence. He felt that if by any reasonable concession he could win them to the truth he would remove a great obstacle to the success of the gospel in other places. But he was not authorized of God to concede as much as they asked.”—Ellen G. White, The Acts of the Apostles, p. 405.

Today we also struggle with division among us as to how to best reach souls. What are some of the struggles particular to the church in your part of the world, and how can you help bring about resolution?