The Gospel in Galatians 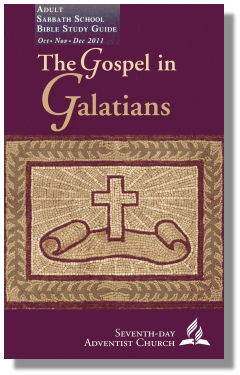 Paul’s letter to the Galatians has been compared to spiritual “dynamite,” and rightly so. Except for Romans, no other book in the Bible has sparked as much spiritual revival and reformation. One could argue that out of the pages of Galatians (along with Romans) Protestantism itself was born. It was while reading Galatians that Martin Luther first was touched with the glorious good news of righteousness by faith. “The Epistle to the Galatians,” he said, “is my epistle. To it I am married.”

In turn, it was Luther’s gospel-centered writings that, on Aldersgate Street in London on May 24, 1738, transformed the life of John Wesley, who then spearheaded a spiritual revival that swept not only through the British Isles but across the entire English-speaking world.

What is it about Galatians that has made it such a backbone of spiritual revival? Why has it been able to touch the hearts of so many? In a manner unlike any other book in the Bible, Galatians addresses a number of themes crucial to the Christian soul. It is in Galatians that Paul tackles issues such as freedom, the role of the law in salvation, our condition in Christ, and the nature of the Spirit-led life, as well as the age-old question, How can sinful humans be made right before a holy and just God?

Of course, other books, such as Romans, address some of these same questions, but Galatians is different. Not only is it more succinct, but its rich themes are written in a powerfully personal and impassioned pastoral tone that can’t help but touch hearts open to the Spirit of God, even today.

Although Paul’s letter speaks to us personally, our understanding can be strengthened if we are aware of the original historical situation that Paul, under the guidance of the Holy Spirit, was addressing.

Many scholars believe that Galatians may be the earliest of Paul’s letters, perhaps written in A.D. 49, after the famous Jerusalem council (Acts 15). The book may be the oldest Christian document known. As Acts and Galatians make clear, the early church found itself in a fierce battle over the nature of salvation, especially in the case of Gentiles. According to a group of Jewish believers, known as Judaizers, belief in Jesus alone was not good enough for Gentiles. Gentiles must also be circumcised and follow the laws of Moses (Acts 15:1). It is no surprise, then, that when Paul founded a church of Gentiles in Galatia, some of these Judaizers traveled there to “straighten things out.”

When word of this problem reached Paul, he reacted fervently. Recognizing that this false gospel of salvation by faith and works threatened to undermine the work of Christ, Paul wrote the Galatians an impassioned defense of the gospel. In the strongest of words, he identified this false teaching for what it really was—legalism, pure and simple.

This quarter’s Bible study guide invites us to journey with the apostle Paul as he pleads with the Galatians to remain true to Jesus. At the same time, it also gives us a chance to reflect on our own understanding of the gospel. It’s my sincere hope that, over the course of this quarter, God’s Spirit will spark a spiritual revival in our hearts as we rediscover what God has done for us in Christ.

These include all related scripture and most EGW quotations. Jerry has chosen the “New King James Version” of the scriptures this quarter. It is used with permission.  The study helps are linked from each lesson and links to the whole quarter’s Helps are provided here.

Copyright © 2011 by the Office of the Adult Bible Study Guide, General Conference of Seventh-day Adventist. All Rights Reserved