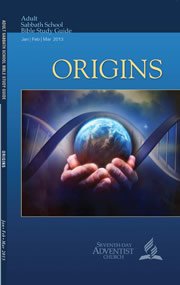 That’s why Creation appears not only in the opening pages of the Bible but in the first five books of Moses, in the prophets, in the Psalms, in the Gospels, in the Epistles, in Acts, and in Revelation. And, in almost all cases, the theological context demands that it be taken literally.

For instance, Paul wrote that “death reigned from Adam to Moses, even over those who had not sinned according to the likeness of the transgression of Adam, who is a type of Him who was to come” (Rom. 5:14, NKJV). Paul not only links a literal Adam to a literal Jesus, but his context in Romans 5 ties that link to the plan of salvation, a crucial doctrine that we understand in the most literal sense, as well: we are fallen beings who face eternal destruction or eternal life-literally! 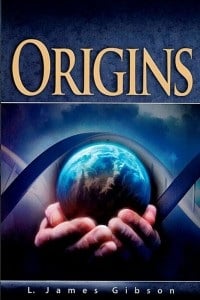 And here’s Jesus Himself quoting from Genesis 1 and 2: “And He answered and said to them, ‘Have you not read that He who made them at the beginning “made them male and female,” and said, “For this reason a man shall leave his father and mother and be joined to his wife, and the two shall become one flesh”? So then, they are no longer two but one flesh'” (Matt. 19:4-6, NKJV). If Jesus accepted and taught the Creation account as literal, how can those who claim to be His followers do otherwise?

Our name, Seventh-day Adventist, itself bears direct witness to a six-day creation. Though some voices may urge us to incorporate evolution into our theology, Seventh-day Adventism and Darwinism are inherently contradictory. Logically one cannot hold both views at the same time.

Thus, this quarter’s lessons delve into the doctrine of creation as depicted in Genesis 1 and 2 and explores its implications for a number of our beliefs-including morality, sin, marriage, stewardship, and more. Although working on the assumption that the story is literal, the quarter will show, again and again, how the central message of the Bible is built upon the historical truth of the Creation story.

Take, for instance, the gospel. According to Scripture, humans were created better than we are now. Jesus came to rescue us from the death brought by the sin of Adam and Eve. But in an evolutionary model, the Lord incarnates into an evolved ape, created through the vicious and painfully murderous cycle of natural selection, all in order to abolish death, “the last enemy” (1 Cor. 15:26). But how can death be the “enemy” if it was one of God’s chosen means for creating humans? The Lord must have expended plenty of dead Homo erectus, Homo heidelbergensis, and Homo neanderthalensis in order to finally get one in His own image (Homo sapiens). If evolution were true, then Jesus came to save humankind from the process that God used to create it in the first place.

We can see here that mixing biblical truths with non-biblical views generates logical absurdities that should be of concern to the honest seeker of truth. As we go through this quarter, we’ll see even more reasons why a literal six-day creation is essential to all that we believe and why to compromise on creation is to undermine the basis of the gospel and teachings that make us what we are.

L. James Gibson is director of the Geoscience Research Institute (www.grisda.org) in Loma Linda, California. He has written numerous articles on the relationship between Creation and science.

Note: Both versions of our lessons display nicely on a small screen. Our “Mobile” version uses BibleGateway, which works better for some mobile devices. On the other hand, the main version, using Reftagger from Biblia.com works better for other mobile devices. So experiment and take your pick. (We’d also be really interested in what works best for you. Write to us through our “Contact” link and be sure to tell us with what device you are accessing our lessons.)

The Adult Sabbath School Bible Study Guide is prepared by the Office of the Adult Bible Study Guide of the General Conference of Seventh-day Adventists. The preparation of the guides is under the general direction of the Sabbath School Publications Board, a subcommittee of the General Conference Administrative Committee (ADCOM), publisher of the Bible study guides. The published guide reflects the input of worldwide evaluation committees and the approval of the Sabbath School Publications Board and thus does not solely or necessarily represent the intent of the author(s).

The Study References (formerly called “Helps”) include all related Scripture and most EGW quotations. The “New King James Version” of the Bible is used with permission.  You will find a column for the Study References in the third column of the index above.

Did you know that you can find all manner of resources for teachers on our site? We offer Teaching Outlines, Thought Starters and links to seeing and hearing the lesson online a week or two ahead of time. See our Teacher Resources page.

Creation and Science Resources for this quarter: