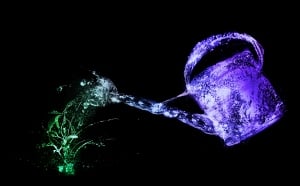 The people did not see that coming. They were hoping for and expecting an announcement that the long-awaited kingdom would soon begin. There was no denying that Jesus was more than a normal man. It was not only the miracles He performed but His king-like bearing and an authority that none could deny.

As they sat gathered on the mountainside everyone was in rapt attention, listening to the words He spoke. In the crowd were all classes – from the lowly to the distinguished members of Jewish society. Each with their own dreams of the Jewish nation being restored.

Spell-bound they listened as Jesus began to talk about the kingdom of heaven in ways that they had not heard before. He pronounced blessings upon mourners and the meek, upon the merciful and the peacemakers.

Then He made a statement that must have turned their religious world upside down:

“For I say unto you, That except your righteousness shall exceed the righteousness of the scribes and Pharisees, ye shall in no case enter into the kingdom of heaven.” Matthew 5:20

The scribes and Pharisees projected themselves as the ultimate in spiritual attainment. With great pretense they displayed their false piety among the people. They boasted of their fidelity to the law. From fasting to the paying of tithes they appeared to be in great favor with God.

Now Jesus states that the level of their righteousness would preclude entrance into the kingdom of God. What were the people to do?

Over and over again Jesus had taught that a mere profession of godliness was worthless. The cursing of the fig tree recorded in Mark 11 was an illustration of having the appearance of substance but lacking the fruit thereof.

This week as we study “Growing in Christ,” we need to recognize the truth that a religious experience that consists of merely appearing religious without truly being submitted to Christ is folly.

Being saved is not the end goal in life. Studying and imitating the life of Christ is the aim of those who been figuratively baptized into His death. As new creatures in Christ, all must learn to walk as He walked, to talk as He talked and to live as He lived.

“For the grace of God has appeared that offers salvation to all people. It teaches us to say “No” to ungodliness and worldly passions, and to live self-controlled, upright and godly lives in this present age, while we wait for the blessed hope—the appearing of the glory of our great God and Savior, Jesus Christ, who gave himself for us to redeem us from all wickedness and to purify for himself a people that are his very own, eager to do what is good.” Titus 2:11-14 NIV

To get from where God finds us in life to where He wants us to be is the work of a lifetime. Wanting to be righteous is not enough. We each must find ample time on our knees to ask Christ for strength, grace and guidance. We must push past all of the distractions we are faced with and find time gathering the sacred manna from the Word of God. We must grow.

We close this week with the familiar verses from Galatians 5. He that hath an ear let him hear:

But the fruit of the Spirit is love, joy, peace, longsuffering, gentleness, goodness, faith, meekness, temperance: against such there is no law. And they that are Christ’s have crucified the flesh with the affections and lusts. If we live in the Spirit, let us also walk in the Spirit. Galatians 5:22-25