↓
Home→Beliefs About the Body of Christ→Remnant and Its Mission - Fundamental Belief 13→Evangelism→A Lifestyle that Witnesses While You’re Dead!

Once while some Israelites were burying a man, suddenly they saw a band of raiders; so they threw the man’s body into Elisha’s tomb. When the body touched Elisha’s bones, the man came to life and stood up on his feet. 2 Kings 13:21 NIV 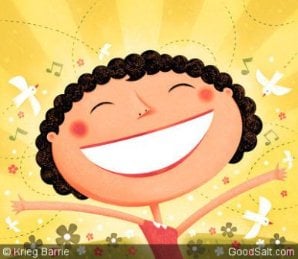 There was no magic in the prophet Elisha’s bones. The Israelites were in distressing times, and hope came to Israel that God was not dead and could revive them if they would heed the words of the prophet. Thus, even after his death, while resting in the tomb, Elisha was still influencing people’s lives for good. That is one of the things I love about writing. Granted I am no prophet, nor the son of a prophet, but even when I am gone what I have written can continue to speak and hopefully bring comfort.

This reminds me of my uncle Bud. He has been gone about 20 years or so now. He had a sense of humor much like mine. He could really make me laugh. I remember he and my aunt Ellen visiting from Seattle, when I was about 15. When he left he smiled and said “I am glad you got to see me.”  I was expecting him to say, “I am glad I got to see you” instead of “I’m glad you got to see me.” The surprise made me laugh. Like me, he had a dry sense of humor that pretended to be arrogant but not really.

I have been telling the same joke ever since, and for the last 31 years it brings a laugh most every time.  A couple of weeks ago I was visiting with some friends and when I left I did it again. I repeated Uncle Bud’s line, “I’m glad you got to see me.” Everyone laughed and told me how glad they were I could see them too. When I got in my car and drove off, it dawned on me. The smile on my friends’ faces was caused by my uncle who has been sleeping for over 20 years! Then I thought of all the other people who have laughed after I passed his joke on, and realized all those smiles and laughs were caused by something my uncle told me 31 years ago.

Life is not all jokes and my uncle knew that. Life wasn’t always a joke to him either, but he loved putting a smile on people’s faces. I pray one day, when we get to heaven, he finds out how he kept making people smile long after he fell asleep. Elisha had a lifestyle that influenced and gave people hope long after his death.

It was a typical day like any other, when my uncle’s humorous lifestyle put a smile on my face that I have been sharing with others for over 30 years now. I want an everyday lifestyle that will continue giving people hope and a smile even while I am napping, waiting for Christ’s return.