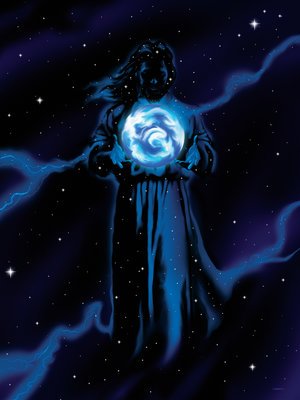 When my sons were little, we spent a lot of time watching shows or videos about animals. And, initially that sounds awesome because then they were learning things instead of watching mindless kids’ shows (they watched those too). Nature shows are so much fun to watch – the photography is beautiful. Except that every single one of them had to throw in its mandatory this-animal-evolved-from-that-animal line. At which point I would feel the need to disagree with the voice-over out loud so that my children would not get the idea that I agreed with those statements. I did it so often that we could all recite my various responses together.

I have a big problem with the theory of evolution … well, I have several, but my biggest problem with it goes beyond all of the scientific impossibilities and unlikelihoods of life just popping up out of nowhere. My biggest problem with the theory of evolution is that believing it changes the way persons see themselves and how they fit into the grand scheme of things. I believe that so many of the things for which we are trying to find solutions are outgrowths of believing that life is merely the result of a biological accident.

In the interest of full disclosure, I went to public schools for most of my academic life and I worked in public schools – first as a teacher and then as a school psychologist. My children also went to public schools. I grew up in a time when only the theory of evolution was taught in science classes and formal prayer was not allowed. So, that may all flavor my opinions to some extent.

One of the first side effects of teaching our children that they are nothing but biological accidents is the loss of the knowledge that each individual is inherently valuable. If we can no longer believe that we were knit together in our mothers’ wombs by a loving Creator God, then who are we? And why are we here? To fill the void of our value through our Creator and Redeemer, educators started trying to artificially produce self-esteem in each student. The self-esteem movement has become almost a joke – everybody gets a trophy for participating, teachers shouldn’t use red ink, shouldn’t tell students they’re wrong – but has not been able to instill in anyone a healthy knowledge that they were created and loved by God. Artificial value then has to come from how we look and what we have.

Unfortunately not everyone is considered beautiful, and not everyone has the funds to buy the things that will make them “valuable” – expensive athletic shoes, clothes, fancy cars or any other thing that is considered a symbol of a person’s importance in society.

In my opinion, one of the reasons that bullying has become such a devastating problem is that children who have been artificially infused with self-worth have no positive way to maintain it and so try to build themselves up by pushing others down. Those who are being pushed down have no resources with which to protect themselves and are emotionally devastated, sometimes to the point of suicide.

A casualty of being taught we were accidents was morality. Teenagers who have been told they are nothing more than a step along the evolutionary ladder – just a little higher than monkeys – are no longer bound by the morals of individuals who were created just a little lower than angels.

That’s a very different way of thinking of humans than most people use, isn’t it? A being just lower than an angel has value and purpose. A being just higher than a monkey has neither of those things.

One of the most tragic and heartbreaking consequences of being taught we are nothing more than glorified monkeys and have no intrinsic value in and of ourselves is the proliferation and acceptance of abortion.

We no longer think of life like King David did:

“For You formed my inward parts; You covered me in my mother’s womb. I will praise You, for I am fearfully and wonderfully made; Marvelous are Your works, And that my soul knows very well. My frame was not hidden from You, When I was made in secret, And skillfully wrought in the lowest parts of the earth.” Psalm 139:13-15

An inconvenient pregnancy is easily and thoughtlessly ended with little thought about what miracle is taking place. From there we can apply the same lack of value for life to so many other aspects of our society – school shootings jump immediately into my mind.

If we are nothing but biological accidents, where does that leave us? What is our purpose for being here? Who cares that we’re here? Our hearts and minds are essentially a vacuum that was supposed to be filled by God, but is now just empty and waiting for whatever comes along.

“Those who leave the Word of God to account for His created works on scientific principles are drifting without chart or compass upon an unknown ocean. The greatest minds, if not guided by the Word of God in their research, become bewildered in their attempts to trace the relations of science and revelation. Those who doubt the records of the Old and New Testaments will be led to go a step further and doubt the existence of God. Then, having lost their anchor, they are left to beat about upon the rocks of infidelity.

“The Bible is not to be tested by men’s ideas of science. Skeptics, through an imperfect comprehension of either science or revelation, claim to find contradictions between them; but rightly understood they are in perfect harmony. Moses wrote under the guidance of the Spirit of God, and a correct theory … will never claim discoveries that cannot be reconciled with his statements.” (E.G. White, From Eternity Past, p.67)

How would you rather live your life?