In 1 Thessalonians 2:4, Paul’s primary motivation for ministry is to please God. What additional motivation does Paul bring up in the verses that follow? See 1 Thess. 2:6-8.

In today’s world, money, sex, and power are often considered the primary motivations for human behavior, at least for those consumed by self-interest. In 1 Thessalonians 2:3-6, Paul uses a number of different words to rule out similar motivations in relation to his ministry. Greed, immorality, deception, and flattery have no place in Christian life and ministry. The apostles were motivated primarily by the desire to please God in all that they did. 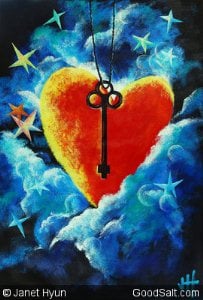 In verse 6 Paul notes that the apostles could have been a burden to the Thessalonians, or literally could have “thrown their weight around.” As apostles and teachers they could have demanded recognition of their status. They could have expected monetary favors and to be treated with special honor. But in Thessalonica Paul declined anything that could have compromised his motives, or that could have put a stumbling block in the way of the new converts.

While Paul’s primary motivation was to please God, in verses 7 and 8 he expresses an additional motivation, his great affection for the Thessalonians themselves. Verse 8 uses the language of emotional warmth. Preaching the gospel was much more than a duty for Paul; he gave his heart, even his whole self, to the people.

How did the churches of Macedonia, of which Thessalonica was a part, respond to the tenderness of the apostles?See 2 Cor. 8:1-5. What does this teach us about the importance of character in the lives of those who witness to others?

In Monday’s lesson we mentioned the three ancient keys to persuasion: the character of the speaker (ethos), the logic of the argument (logos), and the appeal to emotion or self-interest (pathos). In verses 4-6 Paul emphasized the character of the apostles as being a reason to follow them. In verses 7 and 8 we see an appeal to pathos, the emotional bond that developed between the apostles and the Thessalonians. The gospel is at its most powerful when it touches the heart.

Think about the character of someone who influenced you in a positive way spiritually. What was it in particular that touched you? How can you learn to emulate the same traits?