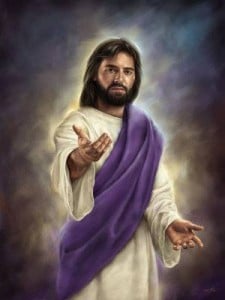 It’s an important question because we are told in the Matthew 14 parable of the wedding feast, “…, ‘Go out into the highways and hedges, and compel them to come in, that my house may be filled.’” Matthew 14:23

Does that mean that we’re to go grab people and force them, screaming and kicking, to come to church? I’m pretty sure that it’s been tried before and hasn’t worked. But can we think of “compelling” in a more positive way?

Sometimes we can be compelled to do something positive to avoid something negative. An old gospel song high-lights how God used some negative methods to encourage people like Jonah, Moses, and Balaam to say or do the things He wanted them to do. The song is called “Hornets.” My first reaction was that that was a bizarre name for a Christian hymn, but there’s a verse that explains that if there are hornets in a room, we don’t have to be forced to leave, we will leave the room willingly (and quickly). The chorus goes like this:

I’ve learned to use the same types of methods as both a parent and a teacher because, in order to escape something unpleasant, we will willingly do a task that we initially were unwilling to do..

But that’s still a negative method of compelling someone to do something. Even though many times a person’s first reason to come to Jesus Christ is to avoid hell, it shouldn’t be the only reason. And I believe there are better reasons to get acquainted with our Savior.

Mark Buchanan is a pastor and author who has written a book called Hidden in Plain Sight. In that book, Buchanan tells the story of Regine, originally from Rwanda, who became a Christian by reading her sister’s Bible. Rwanda, at that time, was consumed by violence and murder, so Regine fled to Canada. While there, she met her husband, Gordon. They believed that God was calling them to return to Rwanda to show the love of Jesus to the people who had once been her enemies.

Their mission did not go as smoothly as they planned. Regine’s only son was killed. Overwhelmed with grief, hate and bitterness, she prayed that God would reveal her son’s killer. She tells of the result:

“One night she dreamed she was going to heaven. But there was a complication: in order to get to heaven she had to pass through a certain house. She had to walk down the street, enter the house through the front door, go through its rooms, up the stairs, and exit through the back door.
“She asked God whose house this was.
“‘It’s the house,’ he told her, ‘of your son’s killer.’
“The road to heaven passed through the house of her enemy.
“Two nights later, there was a knock at her door. She opened it, and there stood a young man. He was about her son’s age. ‘Yes?’
“He hesitated. Then he said, ‘I am the one who killed your son. Since that day, I have had no life. No peace. So here I am. I am placing my life in your hands. Kill me. I am dead already. Throw me in jail. I am in prison already. Torture me. I am in torment already. Do with me as you wish.’
“The woman had prayed for this day. Now it had arrived, and she didn’t know what to do. She found, to her own surprise, that she did not want to kill him. Or throw him in jail. Or torture him. In that moment of reckoning, she found she only wanted one thing: a son.
“‘I ask this of you. Come into my home and live with me. Eat the food I would have prepared for my son. Wear the clothes I would have made for my son. Become the son I lost.’
“And so he did.”2

Forgiveness and love are powerful! Regine could have punished him – could have screamed at him and sent him away. She could have told him that he had to complete some task of penance so she could forgive him. She did none of those things. She adopted him into her home. And her love compelled him to be her son.

We can compel people in two ways – by pushing them away from something bad, or drawing them into something good. I believe that drawing is much more powerful than pushing.

This week, I watched a video of about 25 chimpanzees who had been kept for scientific experimentation in cages for many years. Most of them had been born into captivity and had never seen the sun, felt grass beneath their feet or the breeze on their faces. A couple of the oldest had been captured and had for a brief time lived in the wild and so may have had some memory of the outside world.

Recently they were rescued and taken to a refuge in Austria. They were put into a large enclosure that could be opened to the outside. The inside of the enclosure, by itself, was a liberating experience for the chimps. It had swings, places to climb and sit in the sun that came through the windows. To the chimps it must have been fantastic to just be out of their isolated cages and to be able to associate with other chimps. They would have been very happy there for a very long time. But then, the caregivers opened the door to the outside.

Nobody had to tell these chimps that they should go outside into the sunlight and fresh air. They came as though they could not help themselves, cautiously at first, but each chimp stepped through the door, not just willingly, but with evident joy. At one point, two of the older chimps who must have experienced a memory from long ago, hugged each other and jumped up and down, just like we’ve all seen kids do.

We have a job as Christians. We are to draw (not push) the people we meet in the same way that Jesus drew those around Him. He fed them, healed them, cried with them, and laughed with them. He showed them how much He and the Father loved them.

Christ appointed us ambassadors of His Kingdom of freedom, light and love. (2 Corinthians 5:20) We are to proclaim the truth of the following Scriptures in our lives and our message and thus compel them to come to Him with the love of Jesus as reflected in us:

“Long ago the Lord said to Israel: ‘I have loved you, my people, with an everlasting love. With unfailing love I have drawn you to myself.’” Jeremiah 31:3

“‘Go out into the highways and hedges, and compel them to come in, that my house may be filled.’” Matthew 14:23

Now the Lord is that Spirit: and where the Spirit of the Lord is, there is liberty. (2 Corinthians 3:17)