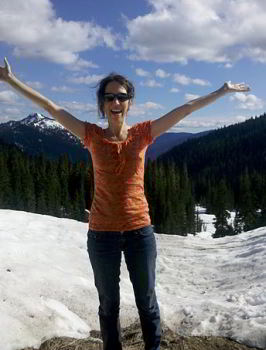 All serious-minded people experience, at some point in their lives, something like the following: After a nice social event—perhaps a dinner with guests—a discussion begins. The sad state of the world and current events provide common ground at first. Before long, someone begins to speak more—much more—than anyone else. The one-time social visit turns into a monologue before an unwitting audience. It becomes clear that this person has done his or her share of reading on conspiracy theories, and so has “privileged” data others didn’t learn in school. The monologuer . . . monologues. Some slouch back, eyes glazed over; others leave the room; still others sit on the edge of their chairs, visions of 911, Princess Diana or JFK dancing in their heads.

Conspiracy theories supposedly expose the dark deeds and covert alliances of governments, secret societies and prominent individuals. One feels very powerful in the role of “knowing.” But the knowing can degenerate into an unhealthy fascination with the mystery of iniquity leaving some so consumed with evil that they lose sight of the Savior. We don’t want to be them.

Conspiracy theorists call those who object “naïve.” And truthfully, many live in a La La Land of gullibility, spouting off about Newage-y love, peace, and Oprah, while the forces of evil steal a march on the innocent. We don’t want to be them, either. How do we exercise good discernment in spotting and warning against true evil without becoming obsessed and imbalanced in the process? I propose that we proclaim prophetic facts rather than propagate conspiracy theories.

Ephesians 5:11-13 provides some insightful guidance: “And have no fellowship with the unfruitful works of darkness, but rather expose them. For it is shameful even to speak of those things which are done by them in secret. But all things that are exposed are made manifest by the light, for whatever makes manifest is light.”

Conspiracy theorists love the first verse, because it tells us to “expose” the “unfruitful works of darkness.” But they fail to interpret it in context—the next verse warns against speaking of things “done by them in secret.” In other words, if it’s secret, we have no business delving into it. It’s not our calling as followers of Jesus to act as devil detectives. God has no secret police. He is Truth and Light.

Here’s an essential point: It’s not that we rule out the possibility that Lee Harvey Oswald didn’t act alone, that Princess Diana was killed on purpose, that the government was involved in 911, or that the Apollo moon landing never happened. The bulwark of evil in this world is beyond our imaginings. Additionally, as humans, our senses and information-processing skills are finite. The news media and history books may be utterly deceiving us. But has God called us to solve these mysteries? And if we find a book or a document that reveals a different story than that presented by the media, how do we know that story is true? How do we know that the author of that book or document doesn’t have a secret agenda of his own, even more diabolical than the one he is supposedly exposing? As the dark waters of one conspiracy leading to another fold around us, our souls drown for want of the pure air of heaven.

The passage goes on to clarify how evil is properly exposed: It is “made manifest by the light.” Biblical prophecy shines a spotlight on world events. Like the little boy in The Emperor’s New Clothes telling the deluded king “You’re not wearing any clothes!” students of prophecy state the obvious in the face of mass denial. God leads His wise-but-innocent children to identify evil as it fulfills prophecy. Far from being patsies, Pollyannas, and dupes, God’s messengers expose the evil deeds that truly matter, at the time God schedules, with the Bible in one hand and the New York Times in the other.

Conspiracy theories are wrong on two counts: Conspiracies and theories. God hasn’t called us to expose the devil’s conspiracies, but his flagrances. We don’t do it with theories, but with facts. Prophecies find their anchor in the Word of God. Conspiracy theories release that anchor and plunge us headlong into the dark waters of the devil. What’s your preference in these difficult times?

By the way, the photo is me on Mt. Rainier, rejoicing that this is my Father’s world.