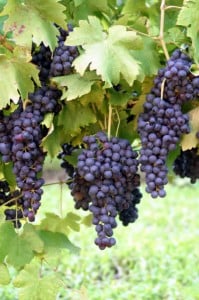 Noah, a man of the soil, proceeded to plant a vineyard. When he drank some of its wine, he became drunk and lay uncovered inside his tent. Ham, the father of Canaan, saw his father’s nakedness and told his two brothers outside. But Shem and Japheth took a garment and laid it across their shoulders; then they walked in backward and covered their father’s nakedness. Their faces were turned the other way so that they would not see their father’s nakedness.Genesis 9:20-23, NIV

This brief story which is related in only 4 verses out of the Bible carries more weight than the shortness of the story seems to deserve. Noah and his family have just survived the flood and gotten re-established on the earth. What happens here shows that the flood did not end mankind’s problem with making bad choices. Noah got drunk and took off all his clothes, but is that the problem God is most concerned about or is it something else? It is Ham who ends up with a curse over what took place, not Noah. Why?

Ham saw in his father’s indiscretion a tale to relate to others. His brothers, the only other surviving men he could tell it to were the recipients of this sad tale. Maybe he said something like, “Hey, brothers. You know our father? The one who talks to God? The one who always acts so holy? Well he is drunk and naked in his tent. He doesn’t look so holy now. You should go see and get a laugh.” Or maybe he said, “Brothers, we should pray for our father who is drunk and naked in his tent. He seems to be going astray after all God has done for him.”

In the first instance, Ham would have been obviously ridiculing that which is holy and most of us can easily see why that would be wrong. But what about the second instance? It carries with it much more subtle dangers. Like the first it spreads the knowledge of the sin, but it does so with an apparent holy motive. But is it holy? Ham would be implying that his father is a greater sinner than he is, and if his brothers would only look they would see this is true. So the hearers are led to understand that the talebearer is more righteous than the one the tale is about. The end result is to lift up the righteousness of the talebearer in the eyes of others while tearing down the reputation of someone else.

Christ himself was victimized by these kinds of talebearers. Luke tells us “the Pharisees and scribes murmured, saying, This man receiveth sinners, and eateth with them.” Luke 15:2 That it was Pharisees saying this should come as no surprise as the Pharisees were constantly fixated on the sins of others. Just like Ham, they found their purpose in this score keeping on other’s sins. In Luke 18, we read the account of the Pharisee and the Publican who went to the temple to pray. The Pharisee thanked God that he did not have the sins of the Publican. While it is good to not have sin in one’s life, his focus was on someone else’s sins and not on his own need. He even recited a list of other people’s sins that he was not guilty of. Perhaps we could update it somewhat for today. “God, I thank Thee, that I am not as other men are. I don’t listen to rock music, I don’t eat meat, I don’t struggle with tobacco, I don’t drink, I don’t even watch TV like the sinners do. I pay tithe, I read Ellen White daily, and I’m rigorous about my diet.” Yet it was the Publican and not the Pharisee who was blessed according to Luke.

The tribe of Pharisees is an ever increasing one, while the tribe of the disciples continues to be small. It is always easier to concern oneself with the sinfulness of others than it is to admit that we are guilty of the same sins. As the Publican said, “God be merciful to me a sinner.” He made no mention of the sins of others. He knew he had all he could handle just dealing with his own life and surrendering it to God. He knew he had no power to overcome his sinfulness and that drove him to his knees before God who has the only answer. He asked for God’s mercy. And God is more than willing to grant that mercy. Matthew 18 tells us of God’s willingness to forgive.

Therefore is the kingdom of heaven likened unto a certain king, which would take account of his servants. And when he had begun to reckon, one was brought unto him, which owed him ten thousand talents. But forasmuch as he had not to pay, his lord commanded him to be sold, and his wife, and children, and all that he had, and payment to be made. The servant therefore fell down, and worshipped him, saying, Lord, have patience with me, and I will pay thee all. Then the lord of that servant was moved with compassion, and loosed him, and forgave him the debt. Matthew 18:23-27

The ten thousand talents owed in this parable are equal to 4.8 billion dollars in today’s purchasing power. Obviously a debt that was impossible to repay, yet his master forgave him all of it. What a tremendous relief to have such a burden rolled away. He was not expected to even repay the debt. He was just forgiven. This should have brought forth a spirit of mercy and compassion in him, but instead he went out and found someone else who was guilty of the same sin and judged him unmercifully. When word got back to his Lord, his own forgiveness was revoked. Then he discovered the meaning of the Lord’s prayer which says “forgive us our debts, as we forgive our debtors.” Matthew 6:12 And Jesus himself added further emphasis to this when he said about this prayer “if ye forgive men their trespasses, your heavenly Father will also forgive you: But if ye forgive not men their trespasses, neither will your Father forgive your trespasses.” verses 14-15.

Most smokers can tell you that there is no one harder to live with than an ex-smoker. The same is true for many other things we become addicted to. For Christians sometimes there is no harder Christian to live with than one who feels he has gotten the victory over a particular sin. They can be unmerciful to those still dealing with the same sin. After all, they have gotten the victory, why shouldn’t everyone else? Believing that God is unable to “straighten out” the struggling sinner without their intervention, they take it upon themselves to go in and do battle against the sin they perceive in the other person’s life.

“When he thinks he has detected a flaw in the character or the life he is exceedingly zealous in trying to point it out; but Jesus declares that the very trait of character developed in doing this un-Christlike work, is, in comparison with the fault criticized, as a beam in proportion to a mote. It is one’s own lack of the spirit of forbearance and love that leads him to make a world of an atom. Those who have never experienced the contrition of an entire surrender to Christ do not in their life make manifest the softening influence of the Savior’s love. They misrepresent the gentle, courteous spirit of the gospel and wound precious souls, for whom Christ died.” Thought from the Mount of Blessings, pg 125

Returning to the story in Genesis we can now see why Ham was cursed and Shem and Japheth were not. While Ham sought to lay bare his father’s sin to everyone, Shem and Japheth covered their father’s sin. They looked away. It was as though while covering their father’s nakedness, they saw no sin. Where are your eyes today? Are they on your neighbor’s sin? Are you secretly glad that you don’t have those sins? Do you silently hope that something bad will happen to the other person to teach them a lesson regarding their sinfulness? Do you shun them to show the world that you are not like them? Do you make sure they are aware of their sinfulness by your attitude toward them? Do you tell your friends about the sinfulness of others? Aren’t you glad that God doesn’t do that to us?